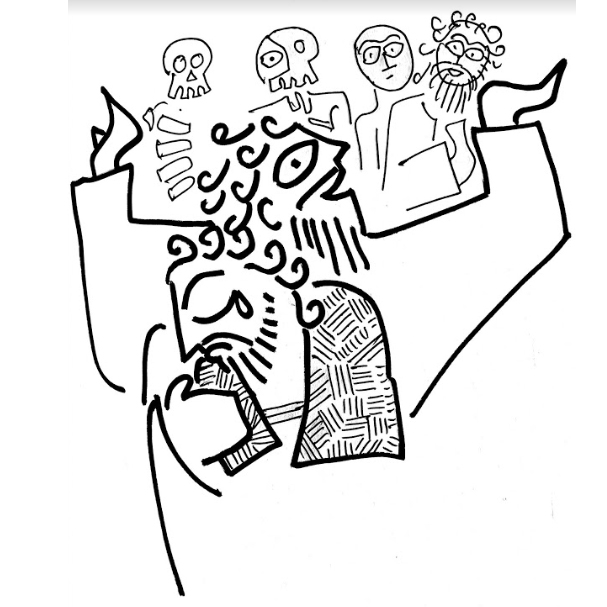 The Old Testament of the Christian Bible tells the story of two prophets: one is Jeremiah and the other is Ezekiel.

Jeremiah is called the Weeping Prophet. He lived in Jerusalem and mourned how the kingdom of Judah had moved away from the Sacred Word of God. Instead of obeying the Commandments of the one true god, the people had chosen to worship the idols of false gods, from neighbouring regions, thereby abandoning the way of god as presented by Moses to the 12 tribes of Israel.

Jeremiah warned the people of Jerusalem that they would face the wrath of god. In fact, god instructed him to carry a wooden yoke around his neck to tell people that one day, Jerusalem would be conquered by Babylon and its residents would be enslaved.

The wooden yoke was smashed and everybody laughed and said that just as they had smashed the wooden yoke of Jeremiah, so they would smash any attempt to enslave them. Jeremiah communicated that the word of god, identified by the wooden yoke, could be smashed but the iron yoke would not. The iron yoke would be Babylon. True to this prophecy, Babylon invaded and conquered the kingdom of Judah, sending many of its residents into captivity and exile into Babylon.

Among the captives was the second prophet known as Ezekiel. Like Jeremiah, Ezekiel also had many visions. These visions correlate the captivity and exile of the Jewish people to the fact that they had abandoned god and his decrees and followed false gods and idolatrous ways. But, Ezekiel received a second vision called a vision of bones. He saw a valley full of skeletons and observed how the spirit of god reanimated the skeletons, covering them with flesh, blood and skin. They finally breathed and rose as an army. This is a vision of hope that the people enslaved and exiled would one day return to their homeland and the Kingdom of Judah will rise once again.

You can see this in matters of politics, in matters of climate change, in matters of business. Everywhere, we find Jeremiah and Ezekiel. We choose our prophets depending on what reassures us most: doom or hope, pessimism or optimism. Because prophecies become true only in hindsight.