Two endings of the Gita 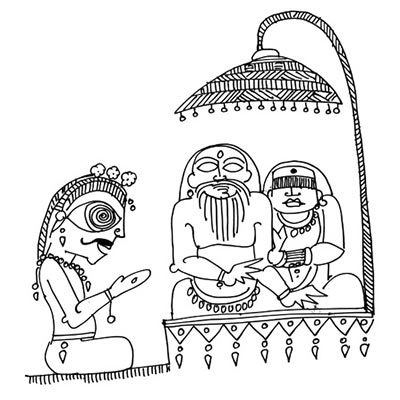 The elections in Bihar remind us no matter what the liberal elite and media intellectuals may think India/Bharat wants, the electorate has something else in mind. Different people want different things depending on their situations as well as their socio-economic status. Perhaps that is why the Bhagavad Gita has two endings: one for Arjuna, the royal prince, and one for Sanjaya, Dhritarashtra’s charioteer who transmits the Gita of Krishna, having overheard it using his telepathic powers, to his blind master. I speak of the two endings in the final chapter of my latest book My Gita (Rupa Publications).

Krishna ends the Gita saying, “Arjuna, thus have I passed on the most secrets of secrets. Reflect on it and do as you wish. If you trust me completely, and forsake all other paths, know that I will liberate you. Do not share this knowledge with the cynical, disdainful or disinterested. Those who share my words, I adore. Those who hear my words, even without understanding, are blessed with joy. I hope you have focused on what I said. I hope this knowledge has shattered all delusion.”

Arjuna confirms that his delusion is shattered and perspective has been replaced by focus. He stands firm, with clear resolve and no doubts, ready to do as told. Sanjaya then expresses his gratitude towards Vyasa for giving him the telepathic sight that enabled him to hear Krishna’s wise words and see Krishna’s magnificent form. Finally, in the last paragraph of The Gita, he gives his personal take on Krishna’s discourse. “Where Krishna yokes the mind and Arjuna bears the bow, there is always fortune, success, dominion, stability and law. That is my opinion.”

The difference between the two conclusions is stark. Krishna’s conclusion is rather psychological. Sanjaya’s conclusion is very material. Krishna offers Arjuna liberation from worldly fetters (moksha) if Arjuna demonstrates faith in him by performing his role as a warrior, for the benefit of others, without any expectation of rewards. Sanjaya reveals that he believes Krishna’s discourse holds five promises: fortune (shri), success (vijaya), dominion (bhu), stability (dhruva) and law (niti).

Arjuna’s problem concerned only him, but Krishna’s solution made him consider the other. Sanjaya is the other: the embodiment of the people of Hastinapur, who are overlooked in the war between the Pandavas and the Kauravas. For Sanjaya, The Gita is clearly a discourse meant for kings, who are expected to rule, take responsibility for their subjects and usher in peace and prosperity, rather than fight wars in self-indulgence. It is Sanjaya’s appeal to Dhritarashtra to listen to The Gita and outgrow his own victimhood, which blinds him to the plight of others.

Sanjaya’s conclusion connects The Gita to Vaishnava mythology, for Shri and Bhu are proper nouns, referring to the two consorts of Vishnu, who is also known as Vijaya, the victorious one. Vishnu is visualised as the king of the universe, dressed in regal attire, attended by his queens: Shri, who embodies intangible fortunes such as sovereignty, glory, fame and charisma; and Bhu, who embodies tangible fortune like the earth and its treasures. Dhruva and Niti are Vishnu’s devotees. Dhruva embodies the Pole Star, a child who wants to sit on Vishnu’s lap, the only seat from which no one can pull him down, so that he can enjoy forever the affection of his divine father. Niti means law that is of value only when it submits to the idea of Vishnu, which is dharma. With dharma, law will help the helpless and provide justice (nyaya) to all. Without dharma, law will be a tool for control, oppression and even sabotage.