Timeless wisdom of the horse 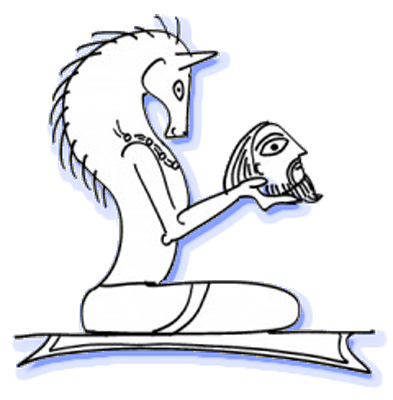 Published in First City on November 2011.

The spiritual wisdom of India, based on the idea of rebirth, is called sanatan, which means timeless and universal, wisdom that cannot be restricted to sthan, kala, patra, geography, history or people. So to call it Indian wisdom or Hindu wisdom is not quite appropriate. Something that is timeless and universal cannot be restricted to India or Indians alone. To do so is being rather chauvinistic; the temptation of possessive nouns and pronouns is perhaps too great to resist.

The following story best explains the relationship of India, Indians and sanatan: Unable to bear his poverty, a priest went to the temple and begged the deity there for a solution. That night the deity left a golden pot in the courtyard of the priest’s house. The priest found the golden pot with some water in it. He threw the water out and went to the market where he sold the pot to a merchant. With the money he received, he repaid all his debts and returned home a rich man laden with gifts for his family. Soon after, his family fought over the vast wealth, everyone from his wife to his children to his parents and his siblings demanding their share. Unable to bear the mental agony, the priest went back to the temple and complained to the deity. “You have added to my problem, not solved it with the golden pot”. And the deity said, “Golden pot? What golden pot? I gave you the elixir of contentment, enough for you and your family. It happened to be contained in a golden pot. Did you not drink it?”

The priest represents the Indian, the golden pot represents India and the elixir of contentment represents the wisdom called sanatan. Yes, sanatan did flourish in the Indian continent. But no, all Indians have not consumed it; otherwise Indians would be the most content and affectionate people in the world. Proximity to sanatan, however, has had its benefits. It has shaped the Indian way and made Indians more comfortable with adjustment, ambiguity, reflection, introspection and uncertainty.

Why did sanatan flourish only in the Indian subcontinent? We will never really know. We can only speculate. Below is a rather uncommon speculation.

Though not native to India, the horse is a much-revered animal for Indians, sacrificed during the Ashwamedha yagna in ancient times, and worshipped as the horse-headed deity, Hayagriva, since medieval times. We even find votive offerings of horse terracotta images being offered down South.

All through history, people have entered India on horse-carts and horseback from the mountain passes of the North West, but have never left. These include the Mughals, and the Huns before them, and the Greeks and Persians before them, and before them countless nameless cattle herding tribes. This has been going on for so long that in many cases, we have no memory. No one can explain how this one subcontinent has so many languages, some with Indo-European roots, some with Dravidian roots and some (dialects from the tribal areas of Jharkhand) can even be traced to Austro-African roots.

The horse-riders entered a fertile land watered by many rivers: Sindhu (Indus), Ganga, Narmada, Krishna, Kaveri and the now-dry Saraswati, to name a few. The land was rich enough to feed every nomad. And so, after an initial period of conflict, every nomad settled down as a farmer with other farmers. This happened again and again, generation after generation, over thousands of years.

While the nomadic body settled, the nomadic mind continued to wander to the starry skies, through still mountains and the flowing rivers, to clouds bearing the uncertain rain. They sought meaning reconciling the memories of scarcity that drives a nomad and the reality of abundance on the Indian riverbanks.

The Europeans were the only ones to come into India, keep a studied distance, then leave. And they have encouraged many Indians to reject the sanatan way of thinking. They were obsessed with objectivity, absoluteness and exclusion of others.  This scientific thinking has created engineer-minds, that has flattened the world with wealth, technology and internet, creating a global village: a peculiar village where everyone is actually a nomad, chasing careers or bungee jumping, or surfing the Internet, constantly searching for something.  It is a world where everyone argues and everyone wants to be right. It is a world where the haves reject the have-nots and the have-nots reject the haves.

The farmer-mind waits and watches. He has made room for English, and TV, and internet and MTV. But he knows that the old ways also have value. The new nomad is a tough one to be accommodated but it has to eventually. Both the old and the new have to make room for each other. The left and the right are equally valid. As he sees everyone wanting to save the world with a sense of urgency, their way, rejecting other ways, he wonders: when will they realize that the human mind is wide enough to accommodate all ways of thinking. People will arrive at this conclusion in time.