The weak in the pack 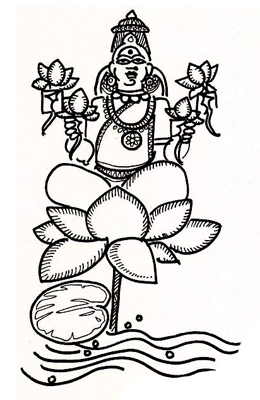 I am the CEO of a multinational company. My company has a policy of weeding off the bottom 10 per cent of performers. I don’t agree with the policy because the appraisal process of the company are not robust enough to capture a true and fair picture of the contribution of employees. Do you agree that for a company to have a solid employee base, its necessary to fire people every year?

There is no right way to do business and there is no wrong. There are only actions and consequences. This is the very Indian approach to do business. A Western approach seeks to do the right thing, and in doing so they rationalize some of the most cruel of practices, such as this: weeding out of the bottom ten percent of performers.

Appraisal processes notwithstanding, let us appreciate what is actually happening over here. The organization imagines itself as a pack of predators out to hunt. To ensure you are ‘lean and mean’, you need to rid yourself of laggards who hold you back. You need the strongest in your team. By that logic, this approach makes sense.

This action also instills fear in the pack, fear that you could be next to be fired. Fear is a powerful motivator. We work harder in fear. We are always on our toes.

The pack of predators exists to capture Lakshmi, goddess of wealth, from the marketplace. Those who are unable to capture Lakshmi or contribute to the capture of Lakshmi are seen as losers or not fit for the pack. They have to be discarded.

Fundamentally, we have to ask why does the organization exist. Is it a pride of lionesses that exists to hunt prey, so that the lion (shareholders) feast on it? If yes, then the weak will be kicked out. This approach visualizes the market as a jungle full of rival competitors and prey who can outrun the predator. This is rana-bhoomi, the battleground where there is no room for weakness. Here, the organization has to survive and so is willing to get rid of its weak link.

But we can see the organization as an ecosystem that helps people grow and thrive, a place where the strong help the weak rather than rejecting them. Where appraisals are a way to figure out what more needs to be done to enable even the weakest member of the pack to hunt. Here the organization turns into ranga-bhoomi, a nurturing playground, an ecosystem that you enter in order to grow. But the risk is that people can turn complacent here, take advantage of the kindness of the leader and not be paranoid about succeeding. Some may even dismiss this idea as utopian. For the cynic, battlegrounds are truth; playgrounds are fantasy.

When the battle is announced, Ravan kicks out those who do not fall in line with his appraisal (Vibhishan) and wakes up those who sleep (Kumbhakarna). Ravan is a great king who grabs and captures Lakshmi. But in the Indian way, he is unworthy of worship, for the purpose of an organization and the role of a leader is about outgrowing fear, not amplifying it.