The Transformation Of King Ashoka and Bill Gates 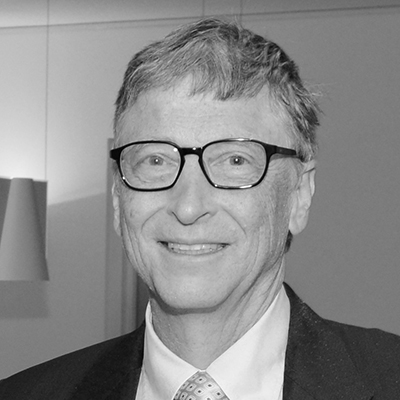 Stories of transformation are very impressive. Let’s take the example of Ashoka. Ashoka was a Mauryan prince who, 2300 years ago, killed his brothers to become the king of Pataliputra. He established a great empire through violence.

He used brutal force to suppress all those who opposed him. At the battle of Kalinga, he massacred a large number of people who refused to pay tribute and accept him as their overlord. Then the story goes, he goes through a dramatic transformation.

He is introduced to the world of the Buddha and finds peace in Buddhist doctrine. He becomes the good king who speaks of ethics, morality and the importance of taking care of his subjects, as if they were his children. Chanda Ashoka (the violent Ashoka) becomes Dhamma Ashoka (the peaceful Ashoka).

The story of Ashoka’s transformation was popularised by Buddhist texts. We don’t know how historically accurate these are. It is clearly very good propaganda for Buddhism and how its doctrine transforms tyrants into decent human beings. It is a story that appeals to a large number of people.

Information about Ashoka also come from his own edicts. In these he talks about his transformation and the importance of Dhamma. This is not quite Buddhism as much as a state policy which believes that the purpose of governance is to bring peace and joy to the land. It is considered a remarkable royal document for its time. Unfortunately, we don’t know if these edicts were simply propaganda, as we have no corroborative evidence from an uninvested party.

Now let us look at the story of Bill Gates. Bill Gates’ story follows the exact same model as Ashoka. If somebody asks the youth of today about Bill Gates, they will talk about the Bill and Melinda Gates Foundation. This foundation is involved in charitable acts around the world. These include the development of vaccines, reduction of malnutrition and spreading education.

However, 30 years ago, Bill Gates was a very different person. We knew him as the founder of Microsoft. He had a reputation of being hyper-competitive, verbally combative and highly aggressive in establishing his vast business empire.

Some challenged the strategies and questioned his ethics. A simple Wikipedia search reveals how fierce he was. He always wanted to win in an argument. He would constantly run down his staff, telling them how stupid they and their plans were. He told them he was faster and better than all of them. He was sarcastic and would run them down. He was no doubt a genius businessman but not a good person.

But as soon as he became the richest man in the world, he had a transformation, just like Ashoka. He got involved in charitable activities and is now known for his charity and philanthropy. He talks about Corporate Social Responsibility and the responsibility of capitalists to take care of the world.

He is following the Ashoka model, turning a new leaf in the autumn of his life. This goodness follows success, it did not exist before success, and it was never a parallel path of success. It was simply a consequence of spectacular success, and the charity makes no dent to his fortune, just as Ashoka’s remorse in no way eroded the size of his empire.

Goodness, in this popular narrative, is simply a payback. You pay back after you have taken! It is not something that defines you. It is only after you become successful, you pay back, because to be successful – the general assumption is – you have to do bad things. To be successful, you have to be violent, aggressive and competitive. Having achieved the senior position, the success that you desire, you go into philanthropic mode. Just like Ashoka. Just like Bill Gates.

This reveals a spiritual deficiency. It assumes that good people cannot be successful and goodness is simply an obligation of success. Not a necessary human condition. If Bill Gates had not been successful, would he have been charitable?

If Ashoka had not fought the Kalinga war and did not feel the aggressive need to kill his brothers and make himself king, could he still have been a good human being? If Bill Gates was not an aggressive, brutal, competitive, rude business man who wiped out small businesses to establish his empire, could he have been a charitable business man he is now?

Why did Ashoka feel the need to advertise his goodness through edicts as Bill Gates does through his corporate communications team and repeated media coverage, including a recent web-series on his life, where most commentaries were by beneficiaries of his generosity?

These are the questions we need to ask ourselves. And does it mean that charity can only be done by the rich? It makes generosity a function of wealth, not a function of being human.