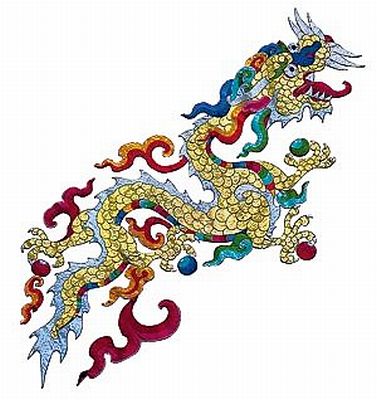 I have just returned from Bhutan, which is the Land of the Druk, or the Thunder Dragon. I was a speaker at the Bhutan Literature Festival and it was great fun to interact with writers from both Bhutan and India. But the mythologist in me was consumed by a nation state that is desperate to cling to its traditional identity and is condemned to defend itself every time it takes a stand against the nameless faceless predators of modernity.

In Western mythology, dragons are fire breathing, treasure-hoarding creatures to be feared and killed by knights in shining armor. But in Oriental mythology, dragons are magnificent symbols of fertility and wisdom and power. They fly through the air, and are associated with clouds and thunder and cold and wetness, and one can feel their presence amidst the green mountains, the rainbow valleys and the mists of Bhutan. When the dragon speaks, there is thunder. And through the rain one can hear it shout Bhutan’s name, thus giving celestial validation to this tiny mountainous kingdom.

Culturally, Bhutan has much in common with Sikkim, Tibet, Nepal and China. Like Tibet and Sikkim, they originally followed the Bon religion with its fierce guardian deities and nature spirits. Then Padmasambhava, a trident and skull-bearing Shiva-like sage from India, travelled via Tibet to Bhutan on a tigress, around the 10th century, bringing with him Vajrayana Buddhism, or the way of the thunderbolt, characterized by Buddhist doctrine propped by rituals and symbols commonly associated with the occult or Tantra. This was different from the Tantrik Hindu practices of Nepal and the Mahayana Buddhism that influenced Imperial China. This became the Buddhism of the Lamas, and it is an integral part of Bhutanese culture.

Travelling through Thimpu and Paro makes one feel one has truly travelled back in time. Except for the roads and the car and the occasional sound of Druk airlines, everything is governed by tradition. By law, which is now being tempered, all houses have to be built in traditional style, bedecked with images of clouds and dragons and snow lions and tigers, and every man and woman has to wear traditional clothing. I think of all the towns in India, where every building looks the same. The only thing that distinguishes one town from another is perhaps script, and the occasional traditional clothing that is slowly giving away to jeans and salwar kameez.

One can understand Bhutan’s predicament: China controls matters in Tibet, Sikkim has become part of India, and Nepal, after an unflattering period under the king, is now controlled by a Communist government. The king of Bhutan has abdicated and a democratic government runs the country. Will the country still respect culture and environment, and value ‘happiness’ over ‘wealth’? Or will market forces overrun this country, destroy everything in the pursuit of ‘modernity’? Only time will tell.

Modernity speaks about inclusion and the melting pot. Willy nilly, it celebrates loss of identity. Human beings and communities need identity which demands being exclusive in clothing and language and food and habitation. Are we willing to be ‘modern’ at the cost of ‘culture’ or are we willing to be ‘cultured’ at the cost of ‘modernity’? To say that there can be peaceful coexistence between the two is wishful thinking.