The sorcery of Harut and Marut 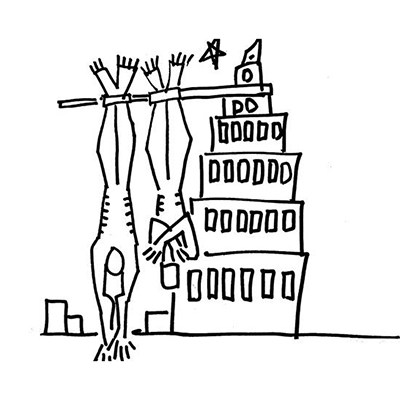 In Middle Eastern (aka Islamic) mythology, when god created Adam, he expected all the angels to bow down before Adam. The angel, Iblis, refused to do so. Therefore, Iblis was cast out of paradise. He became the Devil, or Shaitan, who was determined to tempt humankind and make their life miserable on earth. His aim was to prove to god that his creation was faulty and that god’s anger on him was misplaced.

Two other angels, known as Harut and Marut, saw the follies of man. They kept asking god how he could place a creature of clay over angels, who are creatures of light. God challenged them to go down upon earth and do better and not succumb to temptations. The two angels took up the challenge and descended upon earth. They roamed around and resisted all forms of temptations, whether it was alcohol or womanising, until they met a woman called Zohra, who they fell in love with. They wanted to be intimate with her, but she refused, unless they consumed alcohol. In a state of inebriation, they also revealed to her the sacred name of god, and she became intimate with them. Using the secret name of god, Zohra rose to the heavens and became the planet, Venus.

When they came to their senses, Harut and Marut realised they were no better than humans and apologised to God for their mistake. God offered them a choice: eternal damnation or life on earth, suffering separation from God until the world ended. They chose the second punishment and they were hung upside down, in the city of Babylon.

Since they had access to the occult arts, many people who travelled to Babylon, met these two angels and asked them to teach black magic. The angels would always warn of the knowledge of magic as a temptation, which should be rejected in favour of faith in God. If one persisted, they revealed to him the black magic.

In other Middle Eastern mythology, the many angels who followed Iblis to tempt humankind were known as the shaitans. They would hear the whispers of angels in their own realm that gave them access to secret, unseen knowledge about the future, which they would share with humans. Finally, God gave Suleiman, the king of Israel, the power to control and enslave these shaitans, making use of their magic to build his temple. All their knowledge and prophecies, Suleiman wrote down in a book and hid under his throne.

After Suleiman’s passing, the demons figured out where the book was hidden. They found it and spread its knowledge around the world. However, it was in a garbled language, tough to decipher.
In another story, a sorcerer disguised himself as Suleiman and managed to get access to Suleiman’s library. He took away the knowledge related to the mystical and occult arts and shared it with humans, but they could not understand it completely. Therefore, all their magic remains faulty and not as accurate as Suleiman’s.