The rise of religion 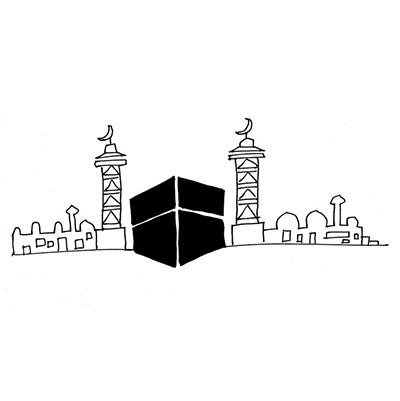 The Hindu identity over the past 70 years has become less defensive, more assertive, even aggressive and offensive. This, I feel, is a response to history, as secularism transformed from accommodating all religions to appeasing vote banks. It is also a response to a global media and academic discourse that is increasingly atheistic and selectively rational, where to criticise Hinduism makes you ‘liberal’ while mocking Islam makes you ‘radical’.

My parents migrated to Mumbai from Odisha 50 years ago. I grew up in a suburb called Chembur, surrounded mostly by migrants from Tamil Nadu, Kerala, Gujarat, Goa, Bengal and Punjab, with a few local Maharashtrians. I went to a missionary school, Our Lady of Perpetual Succour, and my teachers as well as fellow students included Christians, Parsis and Muslims. It was only much later in life that I realised that I was conditioned to identify non-Hindus by their religion (Christians, Muslims, Parsis) and Hindus by language (Odia, Bengali, Maharashtrians, Tamilians, Malayalis, Kannadigas, Punjabis). I did not notice then that every Hindu I dealt with was a ‘savarna’.

In fact, whether it was visiting a Tamil Subramanium temple with friends (about whom my mother had no clue), or going to a local Ganesha or Hanuman temple (full of people from Uttar Pradesh and Bihar), or paying a visit to the Haji Ali Dargah or Ajmer Dargah with my parents, or to Mumbai’s famous Mount Mary, or Goa’s basilicas, I was never taught to feel self-consciously secular or Hindu, or particularly privileged. These adjectives were presented later, as the media expanded beyond The Times of India, Doordarshan and All India Radio.

In school we were taught about the Indian national movement and we felt sad that Pakistan and Bangladesh were created because some people chose religion (Islam) over secularism (idea of India). School did not teach us about religion: it was all about science and mathematics and languages, with some history and civics thrown in, all that would help us become doctors and engineers. History, in the textbooks, ended with independence. We did not learn about the anti-Brahmin riots that followed the assassination of Mahatma Gandhi, or the Naxalbari movement, or Indira Gandhi’s Emergency.

I was still in school when the Indian Army stormed the Golden Temple in Amritsar, and Indira Gandhi was assassinated, and anti-Sikh riots took place in Delhi. We slowly were made aware that Sikhs did not see themselves as Hindus, or even Indians, and were fighting for a state called Khalistan. Shortly after, we saw two great epics on television that brought India to a standstill: Ramayan and Mahabharat. The Hindi serial on stories from the Bible was stopped abruptly following opposition by Muslim groups. While in college, I heard of Ram Janmabhoomi, Babri Masjid demolition, Hindu-Muslim riots in Mumbai, and then Godhra. Simultaneously, I discovered MTV, the internet and mobile phones. The world was changing dramatically. We were getting more exposed to the world, and aware of religion.

As the years passed, we heard louder and louder calls for prayers from mosques that I saw annoyed more and more people in my neighbourhood. This was followed by louder and louder devotional music from temples and during festivals. Almost competitive in nature, it irritated people so much that they took holidays and went to quieter hill stations during festival times.

In school, we heard of RSS in hushed tones: an unlawful Hindu extremist outfit which was, directly or indirectly, responsible for Mahatma Gandhi’s assassination. By the time I left college, I was hearing the word hindutva with increasing frequency. We learned it was a kind of an angry and violent Hindu identity, very different from the Hindu identity at home.

In my childhood, we never talked about being Hindu. It was just part of life. Hindu stories came to us via comics like Amar Chitra Katha and Chandamama, and a few movies and teleserials. Hindu philosophy came to us via Ramakrishna Mission, Chinmaya Mission and ISKCON, though one never noticed then why the ‘missions’ were controlled by celibate men, or why ISKCON used templates more suitable for Abrahamic religions. We were all excited and embarrassed about Khajuraho temples. And we all believed Ramayana was idealistic while Mahabharata was realistic. Everything changed when my hobby of mythology became a scholarly pursuit, and I realised most people’s view of Hinduism had been reframed along colonial templates.

As my study grew intense, I noticed a stark difference between how Hindu stories, symbols and rituals were presented in books published by Gita Press Gorakhpur (did not realise their right wing leanings then), as compared to books written by foreign academicians (did not realise their left wing leanings then) and published by Motilal Banarsidass Press. The former presented Hinduism as wonderful, perfect, a world without any gender or caste bias. It is how elite Hindus wanted to see themselves. The latter presented Hinduism as an oppressive feudal force that valorised misogyny and casteism. Exposure to postmodern philosophies revealed the prejudiced gaze in both cases. Hindutva politicians, intent on creating a Hindu political identity, preferred the Gita Press Gorakhpur view of Hinduism, where the cow seemed to be more valuable than human lives. Left liberals, embarrassed by of their own Hindu identity, accepted without criticism the western understanding of everything from caste to karma.

In the recent times, with the coming of an overtly Hindu political party in power, thanks to Narendra Modi’s popularity, we are increasingly witnessing the rise of the NRI-Hindu, mostly as rather foul-mouthed internet trolls. They are a minority in the Hindu diaspora but very visible, especially at night when India sleeps. Many of these are from privileged upper caste Hindu backgrounds, who moved to America for economic reasons, frustrated by India’s Licence Raj, the anti-Brahmin movements in Tamil Nadu, the reservation policies in educational institutions and the vote-bank politics that favoured scheduled castes, scheduled tribes and Muslims. They feel alienated in countries that see Hinduism as primitive, pagan or exotic. They yearn for an imagined Hindu India ‘back home’ which aligns them to the RSS and the BJP which are determined to bring the Hindu Rashtra of ‘back then’, before the British and before the Muslims, when it was all about glorious Vedas, Ashoka and Rajputs who dominated the world. These world views are rooted in rage, and a sense of inferiority. It fuels a need for mythology fiction, in books and in television, especially those where Shiva is presented as friendly alpha male whose biceps match those of Ram on Vishva Hindu Parishad posters.

That being said, the rising popularity of my writings and TV shows over the past 20 years that show the progressive and matured aspects of Hinduism makes me feel that there is also a yearning for modern informed Hindu identity, one that is tired of left ideologies and wary of right ideologies, one that does not care for the past, but is looking to the future, where Hindus are not ashamed of being Hindu in the global village.