The Rise of Indian Zaibatsu 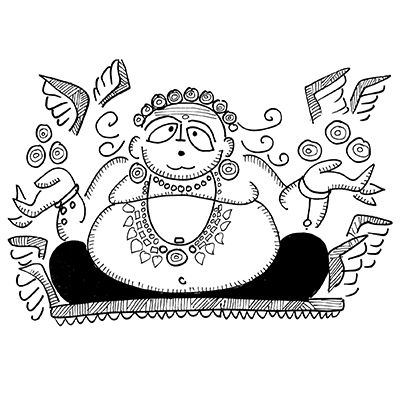 The Rise of Indian Zaibatsu: How Indians are adopting more Eastern models

Zaibatsu means financial clique in Japanese. It refers to family-owned vertically integrated industrial and financial business conglomerates that played a key role in the economic transformation of Japan from Meiji period until the end of World War II. The Korean equivalent of this is the Chaebol, a term that became popular after 1972, It consists of diversified affiliates, controlled by a family patriarch whose power over the group often exceeds legal authority. In China, this role is taken up by state corporations, though increasingly private groups, Huawei and Alibaba, are becoming powerful players.

Hindutva writers repeatedly speak of Indian civilisation, wounded for eight centuries by Muslims and Europeans. But then, remarkably, turn to China to heal this wound, mimicking this very immediate and highly successful foreign model, rather than cultivating its own homegrown model. Learning by mimicry is tamasic; learning by enforcing is rajasic; learning by aggregating, analysing, accommodating and transforming is sattvic. Could it be because Hindutva does not value the Indian model based on movements of Lakshmi and the creation of Vaikuntha? For Indian wisdom is not locked in texts; it was transmitted orally, its structures hidden in stories, long neglected.

Hindutva is clearly moving the Chinese way, which thrives on centralisation. The Chinese model favours the Han Chinese over other ethnic groups just as Hindutva favours Hindus over other faiths. The Chinese model overrides diversity using a single modified Mandarin script (hence its conflict with Hong Kong Cantonese), and so Hindutva increasingly favours Hindi over the many languages and scripts of India. Its symbol remains Ram, with little mention of Sita, or Lakshmi.

This is very different from the Hindu model of raj-mandala, described in Chanakya’s Arthashastra and Manu’s Dharma-shastra. It favours multiple negotiating states, bound by a common Vedic ethos, which is very different from the Chinese model that favours a homogeneous all-powerful state to which everyone else pays tribute. It is now clear that Ashoka’s ‘empire’ was primarily control over highways, radiating out of his capital like spokes of a wheel. Even the Guptas did not control all of India, nor the Mughals. India’s diverse ecosystem never allowed it. Delhi Sultans outsourced power via Iqtas, and the Vijaynagar Empire outsourced power to the Nayakas, which eventually became kingdoms themselves. Even the British Raj in India had 40% of land and 23% of its population under 565 vassal Princely States.

The Indian model rejects one god, one king, and one state. It values multiple gods, multiple kings, and multiple states, who can focus on the multiple ecosystems that constitute Aryavarta. Harappan cities were uniform and standardised and they did not last over 600 years. By contrast, the Raj-mandala model thrived for a thousand years, 300 to 1300 CE, and spread as far as Vietnam, adapting to local realities, and surviving beyond 1300 CE, when Muslim rulers realised India was too big, too diverse, to allow for central control. The Raja-mandala was favoured by Buddhists and Jain kings too. It worked in the deserts of Rajasthan and the backwaters of Kerala and the river basins of Ganga and Godavari and Krishna.

In the Simhasana Dvatrimiska, story 12, a merchant’s son is not allowed to behave like a luxury-loving nobleman and reminded of his duty as a Vaishya: to generate wealth, not waste it on luxuries, but to conserve it to be used by the state for the people during calamities. Thus, the Vaishya serves the entire mandala, not the raja, unlike the Zaibatsu and the Chaebol. It is about raj-dharma not raj-niti.