The Right to be a Philistine 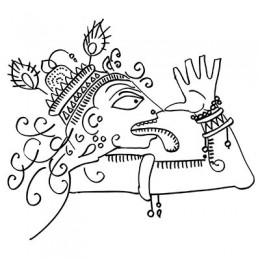 Bollywood demands the right to be Philistine and I wonder why many resist granting them that right.

Time and time again, shortly after a star-studded mega masala movie has been released, I find people at parties rolling their eyes at how horrible the film is, friends at coffee shops discussing how low the standards are, critics on television and print struggling to lower their standards, and still be honest, without upsetting the megastars who control all party passes at Bollywood, and of course read jokes on facebook about the superstar whose once famous heart has now become his abdomen while one of his rivals bares his torso and other is determined to bare it all… Then, the next day, a full page newspaper ad tells everyone that very same film has made a 100 crores… no 200 crores… no 300 crores….so, it must be good, we are forced to admit. Take that, you intellectual! Take that, you critic who can never afford a BMW, or get that girl, or be invited to that party. Take that, you loser! It’s a pattern that is so repetitive that you realize it has become a trap — for both those who mock and those who celebrate philistinism.

This is what Wikipedia has to say about Philistinism: In the fields of philosophy and Ã¦sthetics, the term philistinism describes the social attitude of anti-intellectualism that undervalues and despises art, beauty, and intellect; ‘the manners, habits, and character, or mode of thinking of a philistine’. A philistine person is the man or woman who is smugly narrow of mind and of conventional morality whose materialistic views and tastes indicate a lack of and indifference to cultural and Ã¦sthetic values.

The word ‘philistine’ originated in 17th century Germany to distinguish the uncultured townsfolk with the students of the university. It can be traced to the Old Testament of the Bible where Philistines were one of the people who opposed the People of the Book from settling in the Promised Land. They were the ones whose attack the famous Biblical hero, Samson, has to fend of.

In ancient India, the varna hierarchy was used to speak of philistinism. He who is able to appreciate art was said to be of brahmana-varna (not the caste, but the state of mind, a state of expanded sensitivity and refined taste), while he who was unable to do so was of shudra-varna. Those of vaishya-varna saw art only in terms of commerce. Those of kshatriya-varna saw art only in terms of propaganda and power. The point of art was to uplift people towards brahmana-varna. Not everyone would rise; but that had to be goal.

Those who did not rise were not mocked; for each one can only rise to the level of guna. Those of tamas-guna would forever be in a state of inertia, afraid of letting go and trying something new. Those of rajas-guna would forever be in a state of denial and rebellion, determined to mock and deride anyone who challenges their worldview. Those of sattva-guna will at least have the lucidity and openness to look beyond their comfort zone, a willingness to grow up, mature and transform.

It takes a lot of courage to let people be philistines. In fact, when you oppose a philistine, you end up encouraging them to further dig their heels. So for their own sake, let them be. If you can, try being their cheerleaders as they march towards the 1000-crore film, even if they accuse you of being ‘patronising’. Keep in mind: mediocrity is not evil. In fact, it is rather comforting and extremely popular.