The Quest for Power 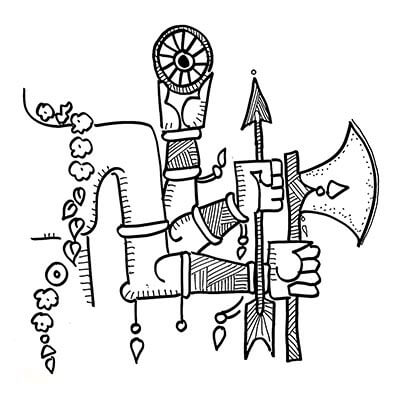 Power is the ability to make something happen, or not. And business is all about power, how to acquire it, how to use it, how to distribute it, how to withdraw it. This is something no one teaches at B-school, yet it forms the cornerstone of leadership.

In the plant and animal kingdom there is only physical power, or what is called brute force that plants and animals use to get their way. It is more apparent in animals, than plants. But power in nature is instinctive, not aspirational. No animal ‘wants’ to be dominant. It follows its instinct: dominating when it can, submitting when it should. There is no pride in winning or shame in losing. It is nature’s way. But not so in the human world. Certainly not in the business world.

Humans aspire to be alpha: on top of the food chain and the pecking order. Every king — even in lands where no lion roamed — has used the lion as a symbol of royal authority. Even the ‘Make in India’ symbol is this apex predator! It sadly reveals how power is perceived: as a tool to dominate, rather than to govern.

Many leaders see power as something by which they control those around them. They expect people to fear them, submit to them, and do their bidding. This is the proto-type of power in our mind. Like Varaha, the boar incarnation of Vishnu, who uses brute force to gouge the villain Hiranayaksha who dares to abduct the earth-goddess and drag her into the sea. This image of the powerful hero-warrior, blood-stained, with weapons in his hand is what superhero comic books are made of. We imagine a leader having such powers. In sales conferences, that is what sales people are told they should aspire to become. In fact, many people believe that a good leader is a like a lion, who gets the pride of lionesses to hunt, so that he can take the lion share of the kill. Thus the leader becomes the ‘master’, the feudal overlord, who is feared and obeyed. Many CEOs are disappointed when people do not treat them with deference when they become CEOs. Many promoters are uncomfortable with professional staff as the latter does not obey them unconditionally, and often push back with ideas of their own.

There are many types of power. That which is established through performance, as in case of Parashurama, who wields his axe and kills errant kings and earns the grudging respect of all. That which is acquired through titles, like Ram who is king by virtue of being eldest son of his royal father. And that which is gradually earned through relationships, like Krishna does slowly as he establishes credibility with family and friends.

Parashurama is a lone ranger: he performs well so long as he is in full control and he establishes full control using brute force. Ram is entitled: he knows his place in the ecosystem and so do others around him. He does not have to fight for authority. His expects obedience. Krishna wears no crown. He is not the eldest son. He functions as cowherd and charioteer, and yet wields power by influencing those around him, working from behind, making leaders take responsibility for their action. Often mistaken for a puppet-master, he is clear that the war being fought is that of the Pandavas, not his. They have to take ownership. He enables them.

Parashurama instructs. Ram submits to institutional rules, and expects others to do the same. Krishna enables people to take responsibility: turns the karya-karta, follower, into karta, decisive leader. In the corporate world, as we move up the corporate ladder, we have to make the journey from lone-ranger Parashuram, to team-leader Ram, to enabler Krishna.

Of the three, only Ram is crowned king. While ideas such as ‘servant-leader’ are glamorous, very few CEOs are willing to authentically relinquish their symbols of power, or power itself, when it comes to delegation. They love to keep control, giving up control in areas that really do not matter. When they delegate, they really abdicate. They do not understand what it really means to enable. Mentoring often become a disguised form of coercion and instruction, the creation of a clone. Many like the idea of being a kingmaker Krishna, but they forget that Krishna never wears the crown or sits on a throne or rules a kingdom. He has no embarrassment being cowherd, and charioteer. For him power comes from within, not from an institution. To be able to realize this power is the greatest challenge of all.