The Mountains That Stopped Eagles 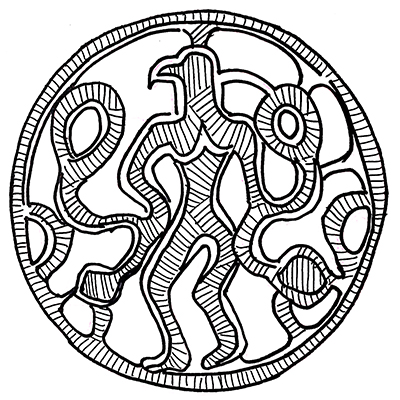 The mountains that stopped eagles and killed Hindus – Was Hindu Kush where millions of Hindus died?

The Hindu Kush mountains separates South Asia from Afghanistan. These are the mountains that make India a relatively isolated zone and it is through its mountain passes that various migrants and invaders came into the Indian subcontinent, shaping its history dramatically.

The name Hindu Kush is commonly translated as ‘the killer of Hindus’. The traveller Ibn Battuta, who lived in the 14th century, claimed that this is the mountain where millions of Hindus were killed. These Hindus, who were slaves, were being taken to be sold in Afghanistan and beyond.

Ibn Battuta’s patron was the Sultan Muhammad Bin Tughluq., known for his ambitious but impractical economic and political ideas. As per one legend, he marched with a huge army to conquer the regions beyond Afghanistan, but his soldiers died in these mountains, leading to this mountain being called the killer of Hindus.

In both these cases, the word Hindu has geographical not religious connotations. Persians pronounced ‘s’ as ‘h’ and so Hindu meant people who lived in the valley of Sindhu river, and beyond. Significantly, in Bengal, even today, Hindustan refers to Hindi-speaking Gangetic plains.

The phrase Hindu Dharma started to be used only in the 14th century by Vijayanagara kings to distinguish themselves from invaders from the west of Hindukush who were identified as following Turuka Dharma, for the invaders were mostly Turks from Central Asia. They brought with them Islam as well as a very distinct Islamic architecture: mosques and minarets.

The Hindu Kush could mean something as simple as ‘Mountains of the Hindus’ (Indians), the word ‘kuh’ meaning mountain in Persian. Or a corruption of the Greek word for these mountains, Caucasus ‘Indicus’ (corrupted as Hindu Kush) to distinguish these mountains from those that stood between the Black Sea and the Caspian Sea.

Now, it must be kept in mind that eagles play a very important role in the Vedic culture. In Rig Veda, we know of a golden winged bird that travels to the realm of the skies and brings back the magical Soma, located high above the mountains. The fire altar of the Agnicayana ritual was shaped like a flying eagle facing east. Does this refer to an ancient memory of crossing the mountains, full of Soma herb, that eagles could not cross?

We know that the Aryans came from the Steppe regions, and settled for a few years in the Central Asian regions near the Oxus rivers, before splitting into two groups, the Iranian group and the Indian group. And both these groups refer to the mountains of the Hindu Kush as being beyond the reach of eagles.

The Central Asian outpost where the Aryans lived is also known as the BMAC (Bactria Morgana Archaeological Complex). Over here we find a lot of artefacts, which show eagle-headed beings fighting snakes, an idea that perhaps later manifests as the fight of Garuda and Nagas in the Hindu Puranas. From the BMAC Aryan point of view, the Hindu Kush referred to mountains in the east, rich in Soma, that eagles could not cross.

Maybe one band of intrepid Aryan men crossed the mountain and entered India and never returned. They were followed by other bands of Aryan men who did not return. These men who came to the east of the mountains married local women and kept moving east eventually establishing the Kuru kingdom near Haryana. In later Vedic rituals, there is a memory of the best Soma coming from Munjavat mountains in the west.

The Iranian arm that did not cross the mountains worshipped Ahura (asura) as the one true god and saw demons as Dev. The Indian arm that crossed the mountains worshipped Deva, and Asuras gradually became demons. The two arms continued to do rituals (yasna/yagna) involving Ephedra herb (homa/soma). But they lost touch with each other 3000 years ago.

When they met 500 years later, i.e. around 500 BCE, they were strangers. The Persian empire stretched beyond the Hindu Kush. The Persian army sought elephants from India and Indian archers who used bamboo bows.

The Persian King Darius called himself Arya, and referred to India as the land of Hindus. The region between Hindu Kush and Indus would become famous as Gandhara, a land associated with princess Gandhari of Mahabharata.

It was a land visited by Uddalaka Aruni as per Satapatha Brahmana. This is where Buddhism would thrive, and from where it would move westwards towards Central Asia and then China. This is where Chanakya would teach at Takshashila, named after the serpent Taksha, a reminder of the ancient eagles who crossed the Hindu Kush.

After the Persians, through these mountains came Alexander, whose exhausted army turned back from the banks of the Indus. Then came the Indo-Greek kings, then the Scythians (Sakas) and the Parthians (Pahlavas) and finally the Kushans whose empire would stretch on both sides of the Hindu Kush. The Kushanas were Chinese tribes from Central Asia.

Then another 1,000 years later, in the 10th century, would come the Turks. First the raider Mahmud of Ghazni would go back home with gold and silver looted from Indian temples, and then two centuries later, the Ghurids who come and establish the Delhi Sultanate. The Ghurid brothers built two towers, the Jam tower in Afghanistan and the Qutb tower in Delhi, to mark the two ends of their empire, a stretch similar to that of the Kushans. The two halves of the empire were separated by the Hindu Kush.

It is across these mountains that many other warlords would come to rule India. While they distinguished themselves as Turks, Afghans, Uzbeks, Persians, from the Indian lens they were all culturally, followers of Turuku Dharma, and religiously, the followers of Islam, a faith of iconoclasts.

The Mamluks, the Khiljis, the Tuglaqs, the Lodis came but did not mingle with the locals. Timurlane, Nadir Shah, Ahmed Shah Abdali, like Mahmud of Ghazni, came just to loot and return. The Mughals, however, married Rajput women, and settled in the land, changing political patterns dramatically.

It is from the west of the Hindu Kush that horses were imported into India, and elephants were exported out of India. If these mountains could speak, they would tell us many stories, and reveal many secrets, of those who crossed, and those who died, on its treacherous passess and slopes.