The Missing Horse Of Baghpat 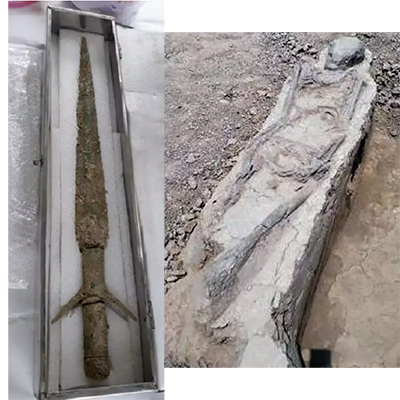 WHO IS A HINDU? – The Missing Horse Of Baghpat.

Ram rides out of Ayodhya on a horse-driven chariot. Krishna rides out of Vrindavana and into Kurukshetra in a horse-driven chariot. As per astronomical information, found in Ramayana and Mahabharata, traditionalists believe that Ramayana occurred 7,000 years ago and Mahabharata 5,000 years ago. There is only one problem. There is no archaeological evidence to corroborate this. This annoys Hindutva.

In 2018, archaeologists have found a wagon dated to 2000 BCE at Sinauli in Baghpat, UP. Hindutva was quick to tell the world that this was a game-changing discovery, for it proved horse-driven chariots existed in India 4,000 years ago, in Harappan times, indicating that Vedas were chanted in Harappan cities, indicating that the Steppe genes found in India after 1500 BCE have nothing to do with Vedic Aryans, who were in fact indigenous — as Hindutva has always claimed. This claim of ‘horse-driven chariots’ is not peer-reviewed, however. Until a horse is identified in Baghpat, the wagon cannot be called a chariot. But these are details that Hindutva dismisses. It distrusts all ‘so-called’ peer-reviewed scientific journals anyway.

As per current scientific understanding, the earliest fully developed spoke-wheeled horse chariots are from burials in the Andronovo sites of Kazakhstan, dated to around 2000 BCE. By 1300 BCE, horse-driven war chariots were being used by Hittites and Egyptian armies. Around this time, we have the famous Mitanni inscription from Turkey that mentions Vedic gods, Indra and Varuna. It’s the earliest epigraphic evidence of Vedic gods in the world.

This corroborates well with genetic evidence that states people from Steppe migrated to India after 1500 BCE, five centuries after the Harappan civilisation collapsed. And that these people brought with them a language that developed into the orally-transmitted Vedic hymns as they travelled from Indus Valley to the Gangetic plains. These hymns refer to horse-driven chariots, which are conspicuous by their absence in Harappan seals. The Harappans had wagons pulled by bulls and probably even asses, sourced from Kutch.

But now there is a mad rush by archaeologists, eager for Hindutva grants and recognition, to prove the Baghpat wagon is a chariot — meaning it was pulled by a horse.

This wagon is found in a burial site. Burial is a Harappan practice. Cremation is the practice of the Vedic people. In the Ramayana, we hear how Ravana, a Vedic scholar, was cremated. In the Mahabharata, the dead Kauravas are cremated using broken chariots as fuel. There is no trace of horse bones. There is Ochre Coloured Pottery (OCP), which was used in Gangetic plains during the Harappan period, so it is clear that the Baghpat wagon existed in Harappan times. There are copper weapons here that are found in cave paintings of Madhya Pradesh and Uttar Pradesh, where we also find the earliest Indian drawings of horses.

But dating of cave paintings is very difficult. Were the weapons drawn first in Harappan times (before 1900 BCE) and the horses later after the Aryans came (after 1500 BCE), or much later when both co-existed? It is tough to conclude.

Another area of enquiry is that these horses came not via Afghanistan, (the academically-proven route of horse migration to India) but from Tibet, much before 1500 BCE. In Ramayana and in Mahabharata, the areas associated with horses are Kekaya and Madra, all located in Pakistan and Afghanistan, not Tibet. But the Tibet argument is a favourite in Hindutva circles ever since Dayanand Saraswati of Arya Samaj dismissed the argument that Aryans came from outside India and stated, without any evidence, on pure intuition, that Tibet was probably the original Aryan homeland. Dayanand Saraswati coined the phrase ‘India for Indians.’ He died nearly 40 years before Harappa was discovered in the 1920s.

These researchers of the missing horse of Baghpat are clearly ideologically motivated. So they will be creative with scientific methodology, much like how the Hindutva influenced finance ministry is creative with economic data. It is important to remember that the oldest Ramayana and Mahabharata texts that we have today are less than 2,500 years old. We know this because they are written using Panini grammar, which was put together in 500 BCE. So, all information of Ramayana and Mahabharata occurring during or before the Harappan period, in the absence of corroborative evidence, is driven largely by ideological imagination.

Hindutva insists that Ram and Krishna are historical figures. They rode chariots in India 7,000 and 5,000 years ago. For Hindutva, a temple to Ram or Krishna is not a house of god, but simply a memorial of historical figures. They still cling to an outdated 19th Century colonial view of mythology as protohistory. It is clear Hindutva, when seeking the missing horse of Baghpat, is still arguing with the Muellers, Macaulays and Mortimers of British India and not addressing the 21st Century.