The Infidelities of Zeus 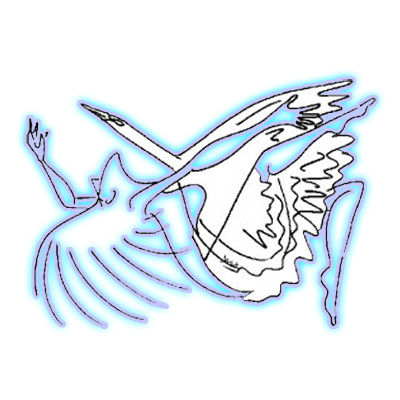 If you ever hear an echo remember, you are hearing the voice of Echo, a Dread or a mountain nymph according to Greek mythology, who – as the story goes loved the sound of her own voice – would engage Hera, queen of the gods, in long interesting conversations. While Hera was distracted so her husband, Zeus, king of the gods, had enough time to slip out of Mount Olympus and seduce nymphs and mortal women. When Hera discovered this, she concluded that Echo was working for her husband, enabling his extra marital affairs. She punished the talkative Echo with a curse: never again would she be able to speak a word of her own; she would only repeat the words of others.

Poor Echo! Even without her help, much to Hera’s exasperation, Zeus kept finding innovative ways to be unfaithful. His actions assume significance because Hera was the goddess of the household and marital harmony. Hera bore Zeus many children: there was Ares, god of war; Eris, goddess of discord; Hephaestus, god of smiths; Eileithyia, goddess of childbirth and midwifery; Hebe, the obedient daughter, who bore the cups of the gods and drew bath waters for them, before she married that greatest of Greek heroes, Hercules.

Like many heroes, Hercules was a son of Zeus by a mortal woman called Alcmene. Zeus seduced Alcmene by impersonating her husband one night. To protect his newborn son from Hera’s wrath, Zeus got him to suckle on Hera’s breast. The milk made the child invincible, which is why he came to be known as Heracles. On learning who the child suckling her breast truly was, Hera pushed him away, causing the milk in her breast to spurt and form the Milky Way.

Hebe’s successor as cupbearer on Mount Olympus, abode of the gods, was a boy called Ganymedes, a Trojan prince, who was so beautiful that Zeus abducted him from his cradle by taking the form of an eagle. European art is full of images of Ganymedes, the boy who was kidnapped (and ravished) by Zeus, the eagle. This story was given as the basis of man-boy love in ancient Greece.

In the form of an eagle, Zeus also abducted and ravished a woman called Aegina. He carried her over the sea and made her the mother of Aeacus who became a great king. When Hera discovered the fatherhood of Aeacus, she killed every man in his kingdom. To undo this great tragedy, Zeus transformed all the ants in the kingdom into human beings. These ant-men turned into fierce warriors and were the stuff of legend during the Trojan war.

More popular than images of eagles ravishing men or women, is the image of Zeus, the swan, seducing a woman by the name of Leda. He fell into Leda’s arms while trying to `escape’ a falcon and ended up raping her. From this union was born the famous Helen of Troy as well as her two brothers, Castor and Pollux, who so loved each other that when the former died, the latter demanded he die too and the two were cast in the sky as the constellation we know as Gemini.

Zeus took many other forms to seduce women and nymphs. As the goat-legged Satyr, he seduced Antiope. He took the form of a bull to abduct and ravish the Phoenician princess, Europa. She gave her name to the continent of Europe and her three sons Minos, Rhadamanthus, and Sarpedon, became the judges of the land of the dead.

Zeus was so determined to have his way that when the amazon, Callisto, refused to submit on grounds that she was faithful to the goddess Artemis, Zeus took the form of Artemis herself and seduced Callisto. An angry Artemis, cast Callisto away, while an enraged Hera, turned Callisto into a bear. As a bear she gave birth to a human child, Arcas, who grew up to be a hunter, and would have shot his own mother dead had Zeus not cast mother and son into the sky as the Great Bear and the Little Bear constellations.

When Danae’s father locked her in a tower fearing that the child she would bear would be his killer, Zeus impregnated Danae by entering the tower as a `shower of gold’ or probably golden sunshine. The father then locked his pregnant daughter in a wooden chest and threw her into the sea, but she was saved by Zeus. The child born from this union was the hero Perseus, killer of the snake-haired Medusa as well as of his maternal grandfather.

Unable to control Zeus, Hera invariably turned her rage against his mistresses. Her greatest wrath was against one Leto – she condemned Leto that she would never be able to give birth to any child on firm land and then sent a python to chase her around the world. Thanks to Zeus, she found shelter on a floating island where she gave birth to her twins, Artemis and Apollo. It is said that Hera prevented her daughter, Eileithyia, goddess of childbirth, from helping Leto and so Leto suffered agonizing labor pains for nine days and nine nights.

Zeus once seduced Hera’s priestess, Io, and then turned her into a heifer just when Hera entered the temple. Hera knew the truth about Io despite Zeus’ explanations and so ordered her hundred-eyed servant Argus to watch over the cow, to check if she turned back into Io. Being hundred-eyed, Argus never slept and was able to watch over Io all the time. Finally, Zeus killed Argus with a thunderbolt to help Io escape. Hera turned each of Argus’ hundred eyes into the eye pattern on a peacock’s feather. She then sent a gadfly to sting the heifer until she went mad. Chased by Hera’s gadfly, Io ran across the world in the form of a heifer, until she finally regained her human form in Egypt.

Hera once told Semele that her nocturnal lover was actually Zeus. She dared Semele to ask her lover to reveal his true form. Zeus agreed to do so reluctantly,  for such was the radiance of his fully glory that the mortal Semele was instantly reduced to ashes. Within her body was the unborn child that was transferred to Zeus’ thigh. The child born thus was Dionysus, the god of wine.

Mythographers believe that the stories of Zeus’ infidelities are inspired by tales of patriarchal institutions overpowering ancient matriarchal institutions around the Mediterranean. While patriarchy insisted on one all-powerful father figure like Zeus, the matriarchal systems were comfortable with many autonomous and local goddesses, who later became the nymphs and mortal princesses ravished by Zeus in Greek lore. The story also indicates the rise of marriage as an institution in ancient Greek society, and the demand of women to tame the polygamous desires of men.