The imagined absence of feudalism 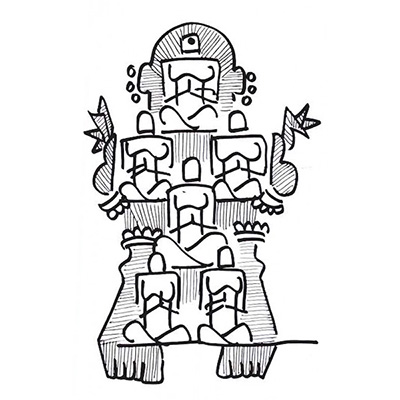 There is a vast difference between management taught in American B-schools and management taught in European B-schools. Since the world is dominated by alumni from American B-schools, and by jargon produced by professors of American universities, not many notice the difference. An American CEO thrives on showing his egalitarian nature. He drives his own car and loves to do his own plumbing. In Europe, things are more hierarchical and elitist (what Americans call feudal).

This difference has its roots in popular philosophies of the respective lands. Europe was the land of kings and castles and colonizers. America posed a challenge to this by being the world’s first republic — the land of freedom and democracy. Europe was based more on farm-based economies as compared to America that spearheaded the industrial and technocrat revolution. As a result, philosophy that underlies most American management principles resonates the American worldview. Hence use of words like ‘collaboration’ and ‘teamwork’ and ‘matrix’ take precedence over organizational hierarchy.

From the American scheme of things, there is nothing redeeming about traditional Indian business families, which tend to be seen as extremely feudal almost functioning like a wolf pack.

While the feudal orders are frowned by the new world of politics and economics, the human desire to dominate cannot be underestimated. And domination takes subtle new forms.

The most popular form of domination takes place in the form of designation and the levels to which these designations belong. So the executive is at the bottom of the pyramid and the director is at the top. Domination is justified on the basis of differences in experience and skill-set and level of responsibility. With this difference comes difference in salaries, in perks, in stock options, in location of workstation and cabins, in parking lots, in access cards, in car allocations, in house allocations, whether one travels in economy or business class. This is not described as feudal, but it does indulge the human desire to belong to a pecking order, preferably on the top. There is nothing egalitarian about it.

Hierarchies play a key role in marketing. The brand position and price point determine a pecking order. Who can afford it, who belongs to the exclusive club of owners of a particular product determines one’s status in society. So millions are spent by organizations that do not believe in organizational hierarchy to create market hierarchy. There is the commodity market for all (the have-nots) and the brand market for the few (haves). Every advertisement coaxes customers to belong to the higher rung on the hierarchy.

Hierarchies are most evident in customer service and loyalty programmes. In airline industry, you are special, if you are a frequent flier card holder. Amongst these there are hierarchies: silver, gold, platinum. So everyone aspires to hold that platinum card — the Brahmin card, that gives you special privileges and access to services no one else can get. It feeds on the human desire to be special, unique, different from the rest of the herd. We justify this by using words like segmentation and targeting, but it does remain a new avatar of capitalism-approved feudalism.