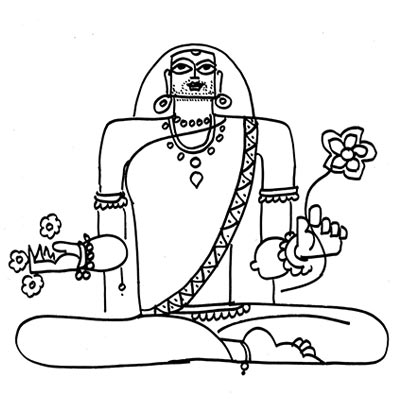 The Supreme Court of India has finally recognised hijras as the third gender. This must be seen as a victory of ‘Indian culture’. Will it? Remarkably, this comes a few months after the Supreme Court recriminalized consensual sex between same sex adults, popularly considered ‘western corruption’.

Unlike gay and lesbians who have long stayed invisible, the hijras have a reputation to make themselves visible. Unafraid of social mockery, they clap demanding acknowledgment of their existence. Feared by local people and made exotic by foreign travellers, many of them have even stood for elections.

The English language and scientific terminologies developed in Europe and America are inadequate to explain hijras. Is it a sex (biological identity) or gender (social identity)? Are they intersex people, born with genitals that are difficult to differentiate as male or female because of either hormonal or genetic issues? Are they cross-dressing passive homosexuals? Are they transgendered people who refuse to express themselves using conventional gender rules of society? Are they transsexuals, men who feel they are trapped in the wrong body? Are they eunuchs, men who castrate themselves? The queer continuum is vast and complex and continuously expanding as definitions are constantly challenged. It becomes even more difficult to explain when culture is superimposed upon it.

The most critical part of being a hijra, which distinguishes them from all other sexual minorities, is the acceptance of a hijra guru, and being part of the hijra community. The community has many gharanas (clans) each with its own code of conduct and its own a nayak (leader), structured along lines of guru-chela parampara. These gharanas are remarkably secular, with a mixture of Hindu and Muslim practices, such as devotion to goddesses such as Bahucharji and many Sufi Pirs. They even speak a unique language with many words of Farsi origin. Long have they offered shelter to people ostracised by other communities. The rite of passage or castration ceremony is voluntarily and commonly described as ‘nirvana’.

Those who want to see hijras as ‘alien to Indian culture’ claim they came as slaves and servants alongside Central Asian warlords who invaded India around a thousand years ago. They point to the eunuch general Malik Kafur, purchased for a thousand dinars, infamous for his many raids of southern Hindu kingdoms.

However, the story of Brihanalla (Arjuna being cursed to live as a eunuch dancer in Virata’s court) in the Mahabharata dated to 300 BCE, indicates the practice of castrating men was known in India even before the Central Asian invaders. Also, the Sanskrit Kamasutra dated to 300 CE, refers to trittiya prakriti, or the third nature of people who cannot be classified as men or women. Pali literature such as Vinaya Pitaka dated to 500 CE speaks of ‘pandakas’ who could not be accommodated in either the male or female sections of Buddhist viharas. Were they referring to hijras? No one is absolutely sure.

The hijras community was patronised in medieval times by Muslim and Hindu rulers of the land. They were singers and dancers and musicians often employed to serve the women’s quarters. They were invited during wedding and childbirths to bless, usher in fertility and ward away malevolent spirits. The British rulers declared them and other entertainers as Criminal Tribes. Stripped of their vocation, they were forced to beg and even indulge in sex work to combat poverty. Though the Criminal Tribe act was revoked the damage was done. And until this landmark judgment of the Supreme Court they remained unacknowledged and marginalised, stripped of identity and dignity and state welfare, at best entertaining caricatures for Bollywood.