The gates of Dwarka 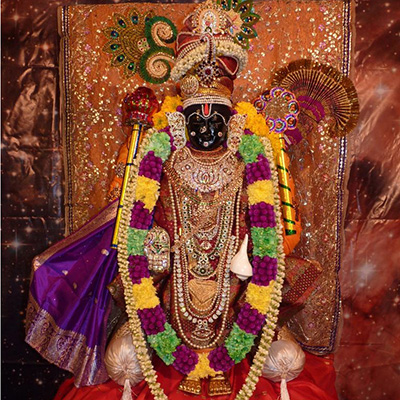 There are two gates in the temple of Dwarkadhish in Dwarka that stands in the Jamnagar district of Gujarat: the main northern one is called the Moksha dwara, or liberation gateway, and the southern one is called Swarga dwara, the paradise gateway. Why are they located in opposite directions? Is it a code of Hindu wisdom?

In the Puranas, north indicates permanence as it is the direction of the Pole Star, and south indicates, the opposite, impermanence or mortality, the realm of Yama. The two gates direct pilgrims to the two goals of human life: liberation from all hungers (moksha) and indulgence of all hungers in paradise (swarga). The former is permanent while the latter impermanent. Rishi Mugdala draws attention to this choice, for the first time in the history of Hinduism, in the epic Mahabharata.

The Mahabharata describes a war traditionally believed to have taken place 5000 years ago. The text that we have, however, is only 2000 years old. Here the Vedic idea of paradise attained through ritual (swarga) and the Upanishadic idea of liberation through wisdom (moksha) are brought together.

The Mahabharata also introduces us to Krishna, the maternal cousin of the Pandavas who resides in Dwarka. But isn’t Krishna associated with Mathura, in the Gangetic plains, in the region known as Vraja? How does his residence move to the Western coast of India, in the region once known as Anarta? For this, we have to revisit a little known chapter in the life of Krishna that is revealed first in the Harivamsa, considered an appendix of the Mahabharata, and later elaborated in the Bhagvata Purana.

When Krishna kills his maternal uncle, Kansa, the residents of Mathura rejoice. News of this reaches the king of Magadha, Jarasandha, who is also Kansa’s father-in-law. He attacks Mathura and burns it to the ground forcing Krishna to take his kinsmen faraway across the desert to an island now known as Bet Dwarka. Here, there once stood the city of Kushasthali ruled by King Revata but the city was now in ruins as the king had gone to meet Brahma for a day seeking a suitable groom for his daughter, not realising that one day in Brahma’s abode is a thousand years on earth. When the king returned, he found his city had now been occupied by Krishna and his Yadavas. The king was unhappy but realised this was the result of his own foolishness. All ended well when Krishna suggested that his elder brother, Balarama, marry the king’s daughter, Revati, thus making him the son-in-law of the former king hence legitimising the Yadava claim over the island.

Krishna of Dwarka is called Dwarkadhish, which is wrongly translated as ‘king of Dwarka’ for Krishna is never king (unlike Ram). He is simply guardian of Dwarka. The Yadavas did not believe in kingship, which is why they despised Kansa; they preferred ruling by consensus, in other words, democracy.

Krishna of Dwarka is also called Rana-chor-rai, which means the one who ran away from battle. In other words, a deserter. It is significant to observe that the deserter Krishna is enshrined in the temples patronised by Rajput kings. Why? Perhaps to remind the proud Rajputs that there is nothing wrong about a tactical withdrawal. Krishna eventually takes the help of Pandavas to defeat Jarasandha, a story much elaborated in Jain lore.

Whenever we think of Krishna of Dwarka, we have to think of three shrines: Bet Dwarka, the island where the image was initially installed; Dwarka, where the image is currently installed in a fivestoreyed limestone temple built in the 15th century in the Chalukyan style; and Dakor in the Kheda district of Gujarat, where it is said the image of Krishna moved in the 17th century in order to satisfy a devotee called Bodana, who was too old to make his annual journey to Dwarka.

The image of Krishna in these temples is significant. It has four arms, the upper arms holding the chakra or wheel on the left and the gada or mace on the right, and the lower arms holding the shankha or conch on the left and the padma or lotus on the right. The iconography suggests it may be the form of Vishnu as the dwarf or Vamana. But in the temple it is identified as Krishna. Krishna of Dwarka is considered the older, more matured, Dwarkadhish, while Krishna of Dwarka is considered the younger, more playful, Rana-chor-rai, which is why only the image at Dakor is often shown holding a flute during ceremonies.

None of these temples link Krishna to Radha. The popularity of Radha is restricted to the Gangetic plains and to Bengal and Odisha. In most Krishna temples in the rest of the country, Krishna stands alone, and is linked with either his eight queens, or to Lakshmi. Krishna had eight major queens, the ashtabharya. In Bet Dwarka, there are temples to Satyabhama and Jambavati. In Dwarka, there is the temple of Krishna’s chief queen, Rukmini. At Dakor, there is the Lakshmi temple. In keeping with Vaishnava tradition, both the Rukmini temple of Dwarka and Lakshmi temple of Dakor are independent of Krishna’s temple, and a distance, indicating the autonomy of the Goddess.

The Mahabharata informs us that eventually the city of Dwarka was submerged in a flood. Archaeology in the sea coast off Dwarka has revealed ancient underwater cities dated to the late Harappan period (1500 BC). Was this Krishna’s city? For the faithful it is. The scientist reserves his view for lack of evidence, and is wary of political passion on this topic, for many want Krishna to be a historical character belonging to the past. For the devotee, however, Krishna is a mythological character, timeless, still residing in his temple as the guardian of Dwarka, the city that offers us gateways (dwara) to liberation and paradise.