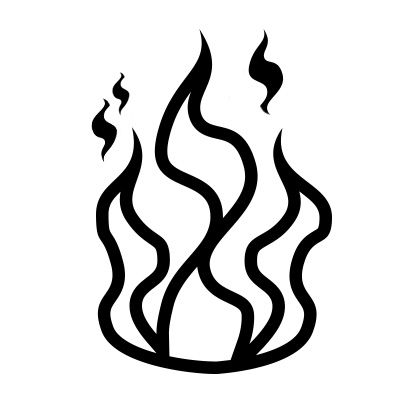 The agiary is off limits to non-Parsis, but the basis of the exclusion may be common to the Vedas and the Avesta.

Locally they are known as Godha, these gigantic winged bulls with male human heads that flank the entrance to an agiary, which is Gujarati for a Parsi fire temple. Known to scholars as Lammasu, they were guardians to shrines and palaces of ancient Sumeria, Assyria, Babylonia, Persia and Mesopotamia. Today, in Mumbai and parts of Gujarat, they continue to be part of a living faith, Zoroastrianism, kept alive by the Parsis, whose ancestors immigrated to India from Iran (ancient Persia, or Pars) over a thousand years ago. I have always wanted to enter an agiary and see what goes on within, how is the sacred fire kept and venerated. But I cannot. Only Parsis allowed. And one can only be born into the Parsi faith. One cannot become one.

Did Parsis institute restricted access to protect their faith? Did they adopt these exclusionary beliefs from Hindus who gave them refuge? Was it part of their faith originally in Iran? For the Bundahishn, a 10th century Pahlavi texts containing Zoroastrian cosmogony, does refer to a four-fold division of society made of priests, warriors, agriculturists and artisans, similar to the Vedic chatur-varna system, which forms the root of the ‘jati’ or caste system.

The older Avesta has much in common with the Indian Vedas. Both were composed around 4000 years ago leading scholars to conclude that they are two branches of the same ‘Aryan’ tree. Here, the much maligned word, Aryan, refers to a linguistic group, not a race or tribe, and is the subject of much debate with Euro-American scholars insisting that this language spread from Central Asia eastwards (Indo-Iranian branch) and westwards (European), while Indian scholars insisting that the roots of the Indo-European tree is firmly India, with the east being the Gangetic plains and the West being Europe and Iran. The scholarship in this matter is often more political than academic.

The difference between the Indian arm and the Iranian arm is stark. The Indian arm seeks Devas as gods, while the Iranian arm sees Devas as demons. Asura, which is seen as demon or anti-god, in Puranas gives rise to the word Ahura, which is divine in the Parsi faith. God is addressed as Ahura Mazda. The Indian arm is polytheistic as well as monotheistic, the many gods as form of the one God, while the Iranian arm is firmly monotheistic with many demi-gods and archangels who serve God. The Iranian arm speaks of a prophet, Zoroaster, and of a Devil, Angra Manyu, and of Heaven and Hell and Day of Judgment. These ideas eventually informed the Judaic, Christian and Islamic faith and are now essential components of Abrahamic mythology. This makes Zoroastrianism one of the primary sources of what is now called the Western worldview. God is not given a form in the Parsi faith. In centuries past divinity was represented by the sky, the stars, the sun and the moon, water and fire, in other words the elements. But 2000 years ago, around the same time that India witnessed the building of temples of stone enshrining images of deities, people of the Zoroastrian faiths started building fire-temples.

The Zoroastrian faith was patronised by Achamaenid kings who fought the Greeks, as well as Parthian kings who fought the Romans, and Sassanian kings who fought the Byzantine Empire. Then, about 1300 years ago, Islam rose in Arabia. Prophet Muhammad was declared as the last prophet, who brought the true faith, cleansing it of all contamination. His followers invaded Persia, overthrew the old regime and displaced the ancient religion. In Yazd, Iran, is the Pir-e-Sabz, a mountain cave, where the daughter of the last Zoroastrian king, took refuge. The site is called Chak Chak, which is Iranian for ‘drip drip’, referring to the water stream within. Located in the middle of a barren landscape, the water stream is said to be the tears shed by the mountain mourning the end of a glorious era.

A group of refugees made their way from Iran to the coast of Gujarat and sought shelter in the 8th century. The local king who met them put a stone in pot full of milk to the brim. By causing the milk to overflow, the king indicated that he had no space in his land to accommodate more people. But the leader of the refugees, put sugar in the same pot of milk. Nothing overflowed but the milk became sweeter. The king smiled and allowed the refugees to stay in his kingdom provided they followed Hindu customs. This meant following rules of jati (caste), not giving to, or receiving daughters from, other communities. Adoption of this practice means that today, if a Parsi marries a non-Parsi, the spouse cannot enter the agiary either. This exclusionary practice has been a bone of contention between liberal and conservative Parsis, in view of the dwindling Parsi population. Currently, there are a little over one lakh Parsis around the world.

Caste rules also meant that only those born into the faith could enter the shrine, as in many Hindu temples. If you want to see the inside of an agiary, you have to travel to Yazd, Iran, where the sacred fire is visible through a glass wall, which was built through donations of Parsis in India in 1934 to house a fire that had been burning in Iran for over 1500 years.

Fire remains central to the Zoroastrian faith, representing purity and life. There are three grades of fire depending on how many priests are involved in its lighting, how many hymns are chanting during the ceremony, duration of consecration and source of fire. The most sacred of these are the Victorious fires, or Atash Behram created using sixteen sources of fire including lightening, furnaces, hearths and cremation fires, involving 32 priests, with ceremonies that stretch to nearly a year. Currently, there are only nine of Victorious Fires, the one in Iran, and the rest in India.

The first Victorious Fire temple in India was built in Sanjan, the first home of Parsis in India. It was placed on ash from the Great Fires (said to have originated at the time of creation) that burned in ancient Iran, and is known as Iran Shah, a memory of the kings who once tended to these fires. This fire had to be moved in the 13th century following attacks by Sultan Mahmud, and finally found a home in Udvada. Mumbai has four Atash Behram agiaries, all built in the 18th and 19th centuries by Parsi community leaders who partnered with Portuguese and British traders and became successful merchants in their own right, playing a key role in the rise of Mumbai (known then as Bombay or the ‘good bay’) as a commercial centre.

As a non-Parsi, I have enjoyed many a lavish banquet that is integral to the Navjyot ‘thread’ ceremony for Parsi children, and the Lagan, or Parsi wedding. But I have never entered the agiary, so have been eager to learn what goes on there. This is what I have heard: Before entering the agiary, the Parsis wash their hands and face and cover their head with a cap or scarf, then tie the sacred thread (kusti) while chanting specific prayers that they have learned since childhood. Unlike Hindus, and Muslims, footwear is not removed in the sacred space, so as not to touch the ground directly. Direct contact with the ground ‘breaks’ the kusti ritual.

Footwear is removed only in the middle room where a carpet separates the sole of their feet from the ground. In this room, the faithful chant hymns, pray, bow to the sacred fire and to specific directions depending on time of day, taking care they never show their back to the sacred fire. Here ash is provided to apply on forehead, but it is removed before leaving the agiary. There is a ledge here meant to offer sandalwood, which is later collected by the priest. The sacred fire is kept burning in the innermost room, out of bounds to all except priests who tend the fire all day and all night, chanting sacred Geh hymns marking the five divisions of a day.

Every time I pass an agiary, my eye is drawn to the winged disc of an angel, known as Faravahar or Farohar, usually found on the arch of the gateway. Derived from the winged sun discs of Ancient Egypt associated with order and justice, these were the world’s earliest representation of the concept of guardian angel and divine grace, much needed as India goes through great intellectual, economic and political turmoil.

This article is also listed under Pilgrim Nation, World Mythology