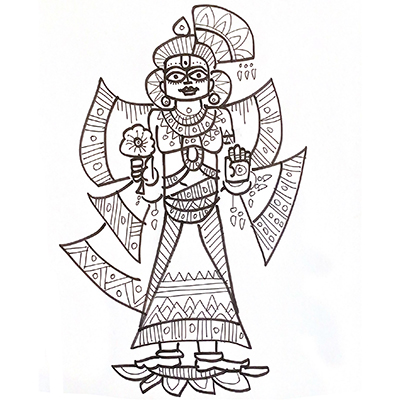 Most Indians are familiar with Raja Ram Mohan Roy and his Brahmo Samaj and link it with the 19th Century Hindu reformation. But very few know about Sahajanand Swami or the reforms instituted by his Swaminarayan sampradaya, even though both men lived in the same period of history. This may be because Sahajanand Swami was a wandering ascetic who used the traditional model of the temple for reform, while Roy was an English-speaking philosopher-aristocrat, who was influenced by European Enlightenment ideals.

Brahmo movement connected with the educated elite of Bengal, while Sahajanand Swami connection was with landowning Patel communities in rural Gujarat, who were politically powerful but economically and educationally backward. Brahmo Samaj had maximum impact in the early stages of the Indian National Movement, influencing Indians who preferred abstract philosophy to Hindu idolatry. But today, few remember the Brahmo Samaj, and how it was opposed by forces who coined the word Hindutva in the late 19th Century. But a lot of people are familiar with the many grand Hindu temples built by the Swaminarayan community around the world. These temples serve as Hindu cultural centres for the diaspora. Unlike traditional temples, they engage with communities actively, deploying donations and volunteers for social service. Not surprisingly, the Swaminarayan community is an integral part of the Hindutva project. Even the Ram Janmabhoomi temple built in Ayodhya shows the influence of the distinct Swaminarayan temple architecture. All things thanks to the lineage of hereditary and non-hereditary teachers, monks and administrators established by Sahajanand Swami, still guided by his writings in Sanskrit and discourses in Gujarati.

Sahajanand Swami saw religion as a tool for social reform. He challenged the traditional rituals involving blood-sacrifice and offering of alcohol to village goddesses. He distanced himself from the traditional sensuality of bhakti tradition and preferred the more ascetic form of devotion, which is why celibate monks continue to hold privileged positions in the religious order he established. He valued women’s education and was against female infanticide and dowry. He tried to reform even caste Hinduism, within the construct of Hinduism, promoting vegetarians and doctrines of purity.

Philosophically, the Swaminarayan community is linked to the Vedanta via the Bhagavata Purana, hence is essentially Vaishnav. It has a distinct theology (darshan) based on the connection of the divine (Parabrahma/Purushottama/Narayana) and the divine-on-earth (Aksharbrahma/Nara) and its manifestation in the form of a guru. The other Vaishnav community in Gujarat is that of the Vallabhacharya Pushtimarga sampradaya centred around the Nathdwara temple of Shrinathji near Udaipur, Rajasthan. But while the latter enshrines the deity in domeless temples known as havelis, Swami Narayana temples, with their massive domes (shikhara), enshrine the image of the guru, who is seen as a form of God, alongside images of various avatars of Vishnu, such as Nar-Narayana, Krishna and Ram. In havelis, the goddess is represented only symbolically. In Swaminarayan temples one finds images of Radha, Sita, and Lakshmi, but they are often interpreted as a visual representation of the devotee, a reminder of the community’s ascetic tilt.

Traditionally, Gujarat’s agricultural, pastoral, tribal and warrior communities followed Tantrik rituals based on Shiva-Shakti worship. Mercantile communities preferred the ancient Jain and the medieval Pushtimarga bhakti paths. In the 19th century, as Mughal and Maratha rule waned and landowning communities faced the brunt of brutal taxation under the newly rising British Raj, people were forced to migrate to cities to work in the new industries being set up in Surat and Ahmedabad. Some even considered migrating overseas. But this was dangerous as traditionally, those who crossed the sea were excommunicated and risked loss of caste. Both Raja Ram Mohan Roy, and Mahatma Gandhi, suffered on this account. Desperate for livelihood, however, many from Gujarat took indentured labour opportunities in East Africa in the 19th Century. When forced to leave African nations by dictators such as Idi Amin in the 1970s, many migrated to Europe and America. There they thrived establishing retail and motel chains. But they refused to give up their culture – the language, the food, the faith, and the ritual practices.

The Swaminarayan monastic order has reached out to these diaspora communities over the past fifty years, providing for their religious and cultural needs. The majestic temples in Africa, Europe, America and Australia, visited by world leaders, are an indicator of the community’s prosperity and power. They have helped these communities from Gujarat very visibly anchor their faith in foreign lands with pride. And in doing so, Swaminarayan temples have become visual anchors of Hinduism globally and are now silently shaping the destiny of contemporary Indian politics.