Tales of the falsely accused 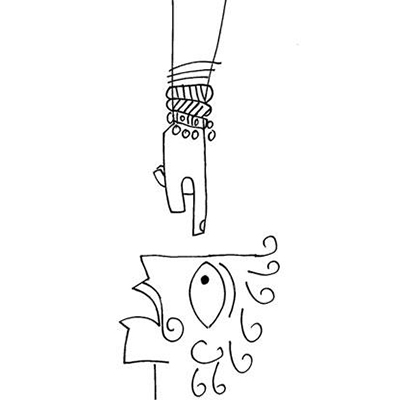 An ancient Egyptian tale, almost 3,000 years ago, tells the story of two brothers—Anpu and Bata. Anpu’s wife was sexually attracted to Bata, who was young and handsome. But, Bata refused her sexual advances, which angered the wife, who told Anpu that his younger brother tried to rape her. In his anger, Anpu chases his brother, intent on killing him. Bata runs and prays to the sun god, Ra, to protect him. Because he is innocent, Ra diverts the river Nile, filled with crocodiles, to separate the two brothers. Bata, to prove his innocence, castrates himself and throws his genitals in the river and tells his side of the story. Anpu regrets his actions, goes back home and kills his wife.

This story, of a woman falsely accusing a man of rape, is a recurring theme in stories around the world. In the Old Testament of the Bible, we hear the story of Joseph, who is sold into slavery by his brothers in Egypt, where he is purchased by Potiphar, known in Islamic mythology as Aziz. Aziz’s wife, Zuleikha, a name that is found only in Islamic mythology, falls in love with Joseph and tries to seduce him. But, Joseph refuses. Zuleikha then accuses him of rape and Joseph is put in the dungeons, where his ability to read dreams secures him the attention of the pharaoh.

A similar tale is told in Greek mythology, of the great king Theseus, whose wife, Phaedra, falls in love with her stepson, Hippolytus, son of Theseus and his first wife, the Amazon queen Hippolyta. Hippolytus rejects Phaedra’s sexual advances and she accuses him of rape. So, Theseus curses him, and as a result, when Hippolytus is riding his horse by the sea, the horses get startled by a sea monster, causing the chariot to overturn. Hippolytus gets caught in the reigns of the chariot and is dragged to his death.

In the Northwest, in Punjab, we hear the story of Puran Bhagat, son of Salivahan, whose stepmother, Luna, falls in love with him, and accuses him of rape when he rejects her advances. For this crime, Puran Bhagat’s father cuts his arms and legs, and throws him into a dry well, where he is found by Guru Gorakhnath, who resurrects him, and he becomes Chaurangi Nath, who forgives his father and stepmother for this heinous act. Puran Bhagat’s tale has been retold by a poet known as Kadayar, whose brother’s wife, similarly accused him of misbehaving with her.

There is a Tamil folklore, according to AK Ramanujan, which speaks of a man whose second wife accuses his first wife’s son of misbehaviour and the man blinds that son. Thus, we find this recurring theme of women accusing men falsely. The stories are highlighted by incestuous connotations, and the inter-generational form of love, where, generally, the woman is older, and is usually married to the father or the elder brother, or to a priest, which makes the crime more dreadful.

Nowadays, with talk about the #MeToo movement, there is also a parallel #MenToo movement, where men are accusing women of harassing them, taking advantage of rape laws and dowry laws. One realises how tough it is in acts of sexual violence to determine who the criminal is, and while there are many authentic stories on both the sides, there are also false accusations that cannot be ignored. Hence the complexity and exasperation with the legal system.