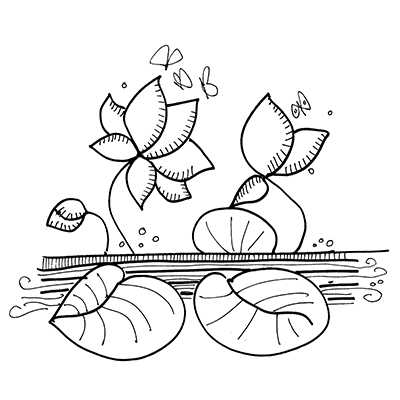 The symbol of India in Indian passports and Indian currency notes has been a lion and a spoked-wheel or chakra, both from the Ashoka pillar. Now the government has introduced the lotus on the passport, as part of security measures, we are told, to be replaced by other national symbols in subsequent months. But many see this as a political move, yet another path of saffronisation, as the lotus is the political symbol of the ruling Bharatiya Janata Party (BJP), the party which values the Hindutva ideology-based “Hindu Rashtra” over the more secular “Idea of India”. This draws our attention to symbols, and how politicians have reduced it to signs.

A sign has a singular meaning. A symbol has multiple meanings, shifting with context. For example, the red colour is a “stop” sign in traffic, but a “fertility” symbol in Hinduism, and in China, while being indicative of the “devil”, “scarlet women” or “Santa Claus” in Christianity. Was the lion and the chakra chosen as a sign of India, or symbol? Does it have a specific meaning or a contextual one? One is constantly reminded it is not just any lion, or any chakra, it is that of Ashoka, which connects it with the first historical empire of India, the Mauryan, and to a king who found peace in Buddhism after years of violence. Did Ashoka see his symbols the same way as Indians did during the freedom struggle?

Ashoka’s India was very different from India under the British Raj. He lived in times when Buddha’s body was never shown in art, but was represented as a lion (Sakyasimha or lion of sakya clan), or even as a wheel (Dhammachakka, or wheel of doctrine). Was the image on Ashoka’s pillar then that of the Buddha itself? Could the symbol then be construed as religious? Or was it imperial? Either way, why was it suitable for a secular republic?

Two hundred years ago, historians did not know anything about Ashoka or Buddha. Ashoka tales were found in folktales and legends. And Buddha was at best the ninth avatar of Vishnu as per some Hindu texts, but certainly not a popular sage or god — at least not to European imperialists and colonisers who were slowly dominating the world with their new technologies. It was the rise of the subjects such as archaeology and philology, that led a great interest in ancient history and the discovery of Ashoka’s inscriptions and Buddhist manuscripts, that told the world of a revolutionary philosopher who lived five centuries before Jesus Christ and an emperor who lived shortly after Alexander the Great, who spoke of his subjects as his children, and expressed remorse over past violence.

This was when Edwin Arnold wrote the book The Light of Asia and The Song Celestial that introduced the world, and many Indians studying abroad, including Ambedkar, Gandhi and Nehru, to both Buddha and Krishna. The non-violent Buddha was found to be more appealing than the complex theology of Krishna that seemed to valorise war. This was the time when Indians were rediscovering India, and Hinduism, which appeared grand in its polytheism to 18th century Orientalists, but was seeming rather vile, barbaric and brutally hierarchical with its adherence to caste system to 19th century advocates of liberty and equality. Knowledge was being discovered, and framed, by European colonisers who were arguing the case for British colonialism as being the White Man’s Burden of civilising.

It is important to see Ashoka’s pillar in this light: indicative of a lost “good” India. Buddhism was glamorous in the mid-20th century. Nehru and Gandhi admired the Buddha. Ambedkar converted to Buddhism finding it more egalitarian, rational and revolutionary. Even Savarkar admired the Buddha, though he did feel that Buddhist pacifism caused the downfall of India, as it led to invasions and incursions, that could only partly be resisted by the rise of Rajputs. It is only now that academicians are pointing out to the deeply misogynist and homophobic nature of the Buddhist doctrine, and to its role in legitimising kingship, which played a key role in its rivalry with Brahmins.

No one 70 years ago saw the lion or the wheel as a symbol of imperial power, the lion being the alpha predator, and the wheel indicating the sun, with the king’s power located in the centre and the king’s authority stretching out like spokes of the wheel to the boundaries. Was that subliminal messaging to establish Delhi as the seat of power in the new Indian order? Is this excessive centralisation being taken to the next level by the Modi government, angering people in Kashmir, and Northeast India?

The lion is also a Jain symbol of Mahavira, a contemporary of Buddha, and last of 24 Tirthankaras of this era. The wheel is also a Jain symbol of time and space as well as kingship, found atop every Jain mandir. Ashoka’s grandfather, Chandragupta Maurya, mentioned in Greek chronicles, converted to Jainism, as per Jain legends. Mauryan rock cut caves show great value placed on monks and naked ascetics, who could belong to numerous sects, including Ajivikas, not just Buddhist or Jain. These shramanas, or strivers in Sanskrit, known as sammana in Prakrit, travelled to south, which is why across Tamil Nadu, Kerala, Karnataka, Andhra and Odisha we find mountains and caves associated with Jain and Buddhist ideas, overshadowed by later Puranic and Vedantic themes. Despite so much value placed on monasticism in Mauryan times, great value was also placed on Lakshmi, the goddess of wealth, and her symbol lotus. Lakshmi is one of the earliest goddesses to be carved in India, first in Buddhist shrines, also appearing in dreams of Jain mothers and being invoked in Vedic mantras.

That makes the lotus not just a BJP symbol, just as the lion and the wheel are not just Buddhist symbols. The palm is also not just a Congress symbol; it is a gesture indicating protection (abhaya mudra) common to Buddhists, Jains and Hindus, and a common emoji indicating stop, or face-palm, i.e. a slap.