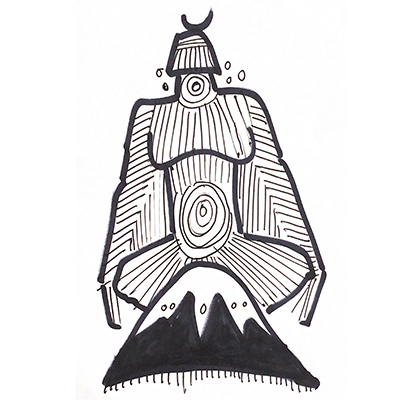 The idea that Tibet was the homeland of Aryas came from Swami Dayananda Saraswati, who in the late 19th century, founded the famous Arya Samaj. He valued the Vedas as the original source of Hinduism, but saw Puranas including worship of Shiva-linga as a degeneration of Arya-dharma, a word he preferred over Hindu as the latter had Persian roots.

The discovery of linguistic connections between Sanskrit and Latin, and the rising race science of 19th Century Europe, had led many colonial scholars to theorise that light-skinned Aryans came from the West and conquered dark-skinned Dasyus. This theory gained currency amongst Dalit leaders like Jyotiba Phule who saw it as explaining the origin of the caste system. Brahmin scholars rejected this idea. Lokmanya Tilak argued that Aryans came from the Arctic Circle based on astronomical details found in Vedas. Dayanand’s argument had no such scientific rigour. Tibet was simply an eastern alternative to the European theory of the western homeland of Aryans.

Dayanand also countered Europeans stating that just as Commandments and Gospels were revelations, just as the Quran was a revelation, so were the Vedas. He insisted that scientists can never decode the mystical language of Vedas, without cultural moorings and training, an idea still popular amongst nationalist Saskritists, who find mundane translations of the Vedas discomforting. For Dayanand, Arya was a cultural rather than a racial idea. Aryas were not nomadic pastoralists from Eurasia; they were civilised people who followed Arya-dharma in Tibet and broke away from the uncivilised Dasyu who chose idol worship.

Like 19th Century Theosophists who saw Tibet as the exotic Shambala, Dayanand saw Tibet as full of magical vibrations as it was a site of many sacred places: Mount Kailasa, Lake Manasarovar, and source of Indus, Brahmaputra and Ganga. This had to be the original homeland of the Aryas. Significantly his theory had adherents amongst Nazis, who decades later in 1930s sent researchers to Tibet. In the Nazi version, however, Aryans originally lived in Eden-like Atlantis in the Mediterranean region. After the Great Flood they moved to Tibet, the roof of the world, but then some got corrupted as Hindus and Buddhists and the pure race migrated to Germany.

Four decades after Dayanand’s demise, Indus Valley cities were discovered in the 1920’s. European archeologists argued these were the original homes of Shiva worshipping idolaters, destroyed and conquered by invading Aryans from the West. Even though no scientist agrees with this claim anymore, nationalists continue to flog this dead horse. For them, Harappan was Aryan, Shiva was Aryan, Shiva brought Veda and yoga from Tibet which makes him Adi Guru. Despite the complete lack of evidence, such claims have become widely popular thanks to works of talented writers of mythological fiction, and ‘mystic’ gurus. Like Dayanand, they all claim they have the third eye that sees what science can never know.

Archeology and genetic science has revealed that Harappan cities ceased to exist for five centuries before Aryans migrated into India. The “Shiva-Pashupati” seals show wild animals, while Vedic Shiva was guardian of domestic animals. While hymns talk of conflict between Aryans and Dasyus, genetic evidence suggests marriage of Aryan men and local women, and non-Aryan loan words in Vedic literature. So the story is far more complicated. Simple minds do not like the complexity of science. Every popular guru or politician knows that.