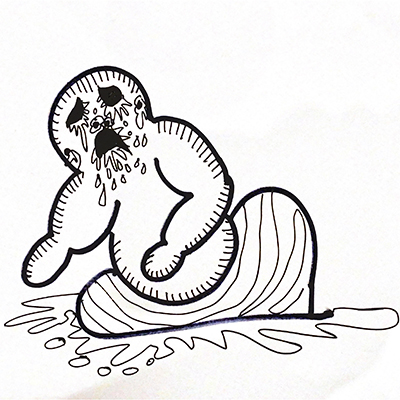 Hundun gave food to two beings, one who came from the north and the other who came from the south. Grateful, the two decided to help Hundun. Hundun had no eyes, nose, ears or mouth. He did not have the seven holes to appreciate the world around. So the two decided to bore seven holes into him. But when they did this, Hundun died. Instead of enjoying Hundun’s kindness and appreciating Hundun for who he was, the two were burdened by their own notions of hospitality and generosity. They gave Hundun what they felt Hundun needed even though Hundun did not ask for it. Thus they ended up killing him by unnecessary interference. This story comes to us from China’s Taoist tradition that values nature and feels humans need to avoid interfering with nature. Nature is perfect and we need to align with its perfection. A similar sentiment is found in the following story.

The woodcarver made the perfect table. The king was so impressed that he believed the woodcarver had secured the help of spirits. But the woodcarver said he was guided by the Tao. He fasted until he no longer thought about success or failure, criticism or praise, about his head, his heart or his stomach. Thus cleansed, he ventured to the forest, and the tree appeared before him, and within the tree he saw the table which he released by carving out the tree as the table asked him to. It was not the spirits, but the flow of nature, that manifested the table. Similar stories are told of butcher and archers, who align with natural forces, chose to be pliant rather than firm. This is the stuff of Chinese mysticism.

But the following story rejects the idea of aligning with nature’s flow. It values obedience and discipline and comes from the Chinese classic, the Art of War. The military general claimed he could turn anyone into a soldier. So the king asked him to turn his concubines into an army. The general accepted the challenge and asked the women to stand in a straight line. Those who disobeyed would pay with their life. The women giggled at his demand, for they were the king’s favourites. The general repeated his instruction: stand in a straight line, or pay with your life for disobedience. The women once again refused to do as he asked. So the general picked up the king’s sword and beheaded the king’s favourite concubine, and repeated his instruction. This time the women stood in a straight line, ready to do what he told them to do.

Chinese stories were designed to help people cope with a tough world. There is one story of the warrior who spent years studying how to slay a dragon only to realise later no one on earth had actually ever seen a dragon though everyone spoke about it. In another story, a family made a special ointment that kept people from freezing in water. A passing merchant realised its value and sold the formula to a king, and became rich. The family that manufactured it remained clueless about its potential. While most cultures give a lot of value to life in the hereafter, Chinese culture is far more pragmatic and focuses on the present. And that’s what makes Chinese stories unique.