Root of the Matter 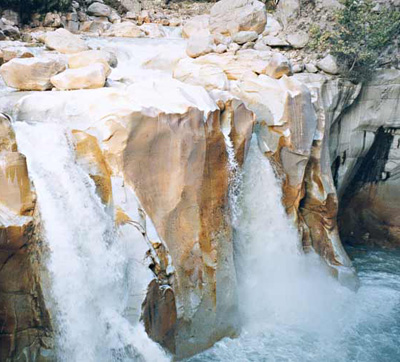 The water from a river that flowed on the eastern edge of the kingdom was not reaching a farm. So the farmer went to the king and the king said, Build a wider canal. This was done, but still the water did not reach the farm. If anything, the flow dried up much earlier than before. Maybe, said the old minister, You should consider connecting the farm to the other river that flows on the western edge of the kingdom. The farmer followed the minister’s advice and sure enough water flowed effortlessly to his farm. What was the difference? It is the source, sir, not the canal, explained the minister. The eastern river is rain-fed while the western river is snow-fed. The former has a very limited reservoir; the latter has an abundant reservoir. The impact of irrigation depends not so much on the channel as much on the source.

The story made sense to Shekhar after his field trip to Satara. Eight months had passed since the new sales strategy had been rolled out. Satara was a very small market and Shekhar wanted to see the impact of the new strategy at the grassroots level. He was horrified to find that the team had not implemented the new strategy at all; they were still using the strategy that had been declared a failure a year earlier. But the new strategy was so clearly communicated in my presentation at the sales conference and in my email updates thereafter! he told the local manager. The manager looked at Shekhar and explained, rather sheepishly, Sir, who really listens to presentations and who actually reads emails? Shekhar felt like a fool.

On returning to Mumbai, Shekhar informed the Sales Director of the situation. He then declared his plan of extensively touring small markets and enforcing the new strategy. The Sales Director said, You are wasting time and resources widening the canal. Focus on the source, instead.The Sales Director then narrated the story of the kingdom with a rain-fed river in the east and a snow-fed river in the west. You created a rain-fed river when you rolled out the strategy. Your presentation was good, very logical and systematic. It helped explain the sound foundation of the strategy to the management but it did not connect emotionally with the sales force. There was no attempt made to sell it to the sales managers. Your presentation lacked drama. Your words did not inspire. They did not feel any need to change from the old ways. So they went back and carried on as before. Now, you are paying the price. Instead of wasting time building canals for a rain-fed river, focus on creating a snow-fed source. The Sales Director then told Shekhar how this could be done.

At the next annual sales conference, everyone was invited to a resort away from the city. Everyone had to come dressed in formals. Everyone was expected to register. Everyone got a conference kit and a name tag. There was a powerful audio visual presentation explaining how the new strategy came into being. The background music was grand. Trumpets were blown when the sales performance was announced and drums were beaten to a crescendo when the target for the following year was presented. Break away groups were formed to study and discuss the new strategy and the change in tactics. Opinions of every sales person were documented carefully. The final document of strategy and tactic was presented by Shekhar to the Commercial Director who nodded his head, signed it and presented it in all solemnity to the Sales Director who then, along with his regional managers took a pledge. This was followed by a minute long silence for the pledge to sink in, after which the day ended with a thunderous applause.

Why this drama? The Sales Director explained – while emails influence the eye, and logical presentation appeal to the head, dramatic conferences seep into the soul. The drama communicates the passion. It reaches out directly to the heart. It transforms the rain-fed source into a snow-fed source. This time, he told Shekhar, every manager carried the new strategy to their market. The source was strong – the irrigation would be widespread.

He then told Shekhar, in a Hindu temple rituals are performed regularly to re-charge the divinity of the enshrined idol. The more intensely these rituals are performed, longer is the divine potency of the deity retained. You too have to regularly re-invigorate the potency of the strategy otherwise time and distance will cause it to wane. So take full advantage of monthly and quarterly reviews to re-establish the source. This will prevent or delay eventual contamination. All rivers are sacred at the source but only the river Ganga is sacred even at its delta because its source, Gangotri, is the most powerful : it is located in heaven, in the locks of Shiva. Try and make the source of your strategy as powerful as Gangotri.

The Gangotri of the Jewish religion is so strong that despite centuries of persecution and exile the religion still thrives, as evident in the legend of the Bene Israelis of Maharasthra. A few centuries ago, a Jewish Rabbi stumbled upon a group of people on the Konkan coast of India who were known as Shani-vaar-Telis, oil-pressers who did not work on Saturday. While these people looked no different from others in their village, and behaved no differently, this ‘no work on Saturday’ policy singled them out. He asked the women to make him a meal of fish and noticed that the women selected only fish with scales and fin, and ignored the rest which as per Jewish dietary laws is non-Kosher hence forbidden. Why did these people who looked like Maharashtrians and spoke Marathi respect the Jewish Sabbath and follow Jewish dietary laws? There was only one explanation: they were one of the lost tribes of Israel, the Bene Israel, or sons of Israel, perhaps descendents of oil-pressers who were shipwrecked off the coast of India as they were driven being out of Judea by Assyrian kings over two thousand years ago. Separated from their Jewish homeland by space and time, these people still clung to the practices that reinforced their identity. The Jewish elders had always been obsessed with ritual practices of Sabbath and Kosher. Their rigid enforcement of this practice had annoyed many young Jews who did not like rituals; but it was this very insistence that had endured the test of time and ensured that the Jewish Diaspora, despite centuries of persecution and exile, did not lose their identity. Such is the power of the source.