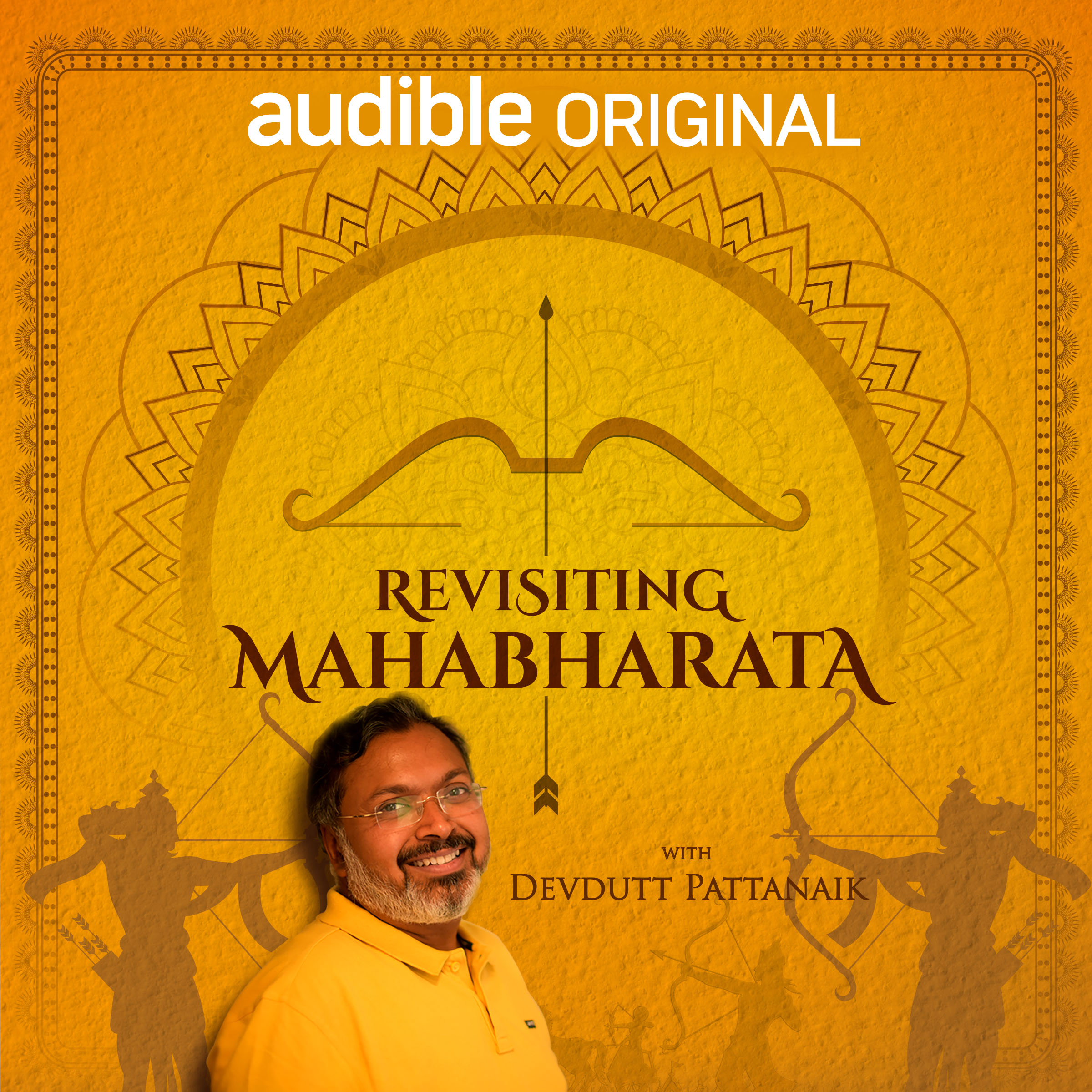 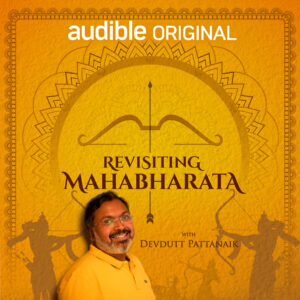 Revisiting Mahabharata with Devdutt Pattanaik is an exclusive presentation by Audible.

“Mahabharata” is a story that communicates Vedic Ideas such as dharma and karma. It narrates the epic quarrel over property between five brothers (the Pandavas) and their hundred cousins (the Kauravas). The events, if real, may have taken place 3000 years ago in the Gangetic plains. It was composed orally and transmitted for centuries before it was written down in Sanskrit about 2000 years ago.

About 1000 years ago, it started being retold in regional languages. In the 15th century, it was written in Hindi by Vishnu Das and Odia by Sarala Das. Besides texts, there are various performances such as Pandav Lila of Uttarakhand, Pandavani of Bundelkhand and Therukuttu of Tamil Nadu that communicate the story. There are many variations in the many retellings, leading one to conclude that Mahabharata is a tradition, not just a story. Each version changes with audience, and context, and has something to offer.

Within Infinite myths lies an eternal truth; Who sees it all?;

Varuna has but a thousand eyes, Indra a hundred; You and I only Two.

Disclaimer- This show is meant for Listener’s entertainment. This show is not intended to offend or defame any individual, entity, caste, community, race, or religion or to denigrate any institution or person, living or dead. Listener’s discretion is advised.