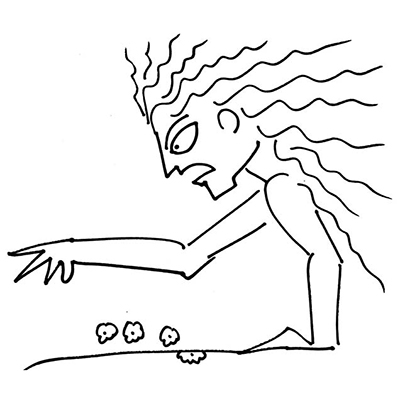 Before surrendering to the court, the general secretary of the AIADMK party, V K Sasikala visited the memorial of the former Chief Minister of Tamil Nadu and struck her palm three times on Jayalalitha’s grave, an act of slamming that observers interpreted as a ritual act, based on ancient Tamil lore of kings, indicating a solemn oath to take revenge. Thus, though convicted by the courts of the nation state, she transformed herself into a victim, a martyr, and future hero, using mythic vocabulary that she knew her constituency would understand.

Like politicians, historians often transform historical incidents into grand mythic narratives in order to rouse future generations. In the process, petty acts of revenge transform into grander acts of nobility.

Take the famous legend of Chanakya. Having learned what Alexander had done to the Persian Empire, burning its capital to the ground, and replacing the old Persian order with new Greek ways, this teacher from Takshashila realises that the many kingdoms of India need to unite under one leader, perhaps that of Nanda, great king of Magadha. However, Nanda was too immersed in pleasures to bother with Chanakya’s petition. Chanakya was kicked out.

Humiliated, this teacher took a vow: he untied his topknot (shikha) and swore he would not tie it till he had overthrown Nanda with a more worthy king who would unite India and stand up against Alexander. Thus in outrage (justified? righteous? petty?) was laid the seed of the Mauryan Empire, which consolidated the many kingdoms of India under one umbrella.

The story evokes the myth of Draupadi, who is abused by the Kauravas who try to publicly remove her clothes. This common wife of the Pandavas then takes an oath never to tie her hair until it is washed with the blood of her abusers. In the Tamil folk narratives, the vow is even more melodramatic. Draupadi vows to wash her hair with Kaurava blood, comb it with Kaurava bones, tie it with Kaurava entrails, and pin Kaurava hearts on it like flowers. For Draupadi of Tamil lore is a Goddess, a form of Kotravai, the ancient Tamil goddess of war, who goads warriors to die glorious deaths for the sake of their masters to whom they swore their loyalty.

Even Gandhi’s story is presented as revenge drama. It always begins with him being kicked out of a first class compartment in a South African Train by White people. Before this incident, Gandhi wants to be a perfect English gentleman. After this incident, he decides to fight for equality and justice, and starts his journey to become a Mahatma.

Had that humiliation not occurred, would the transformation have occurred? This is a question we have to ask ourselves. Every day someone is being humiliated. Must that goad them into acts of revenge, which later storytellers can reframe as revolution for a greater good? Is that not the narrative of terrorists too? Humiliation hurts our ego (aham). Revenge indulges our ego (aham). History books seek to celebrate the ego, especially when committed to the act of nation building.

We justify violence through words like revolution and justice. We essentially whitewash acts of ego-indulgence using grander frameworks, make it something else. Those who seek the wisdom and love of the atma need to be aware of this deception.