Remembering the contribution of Courtesans 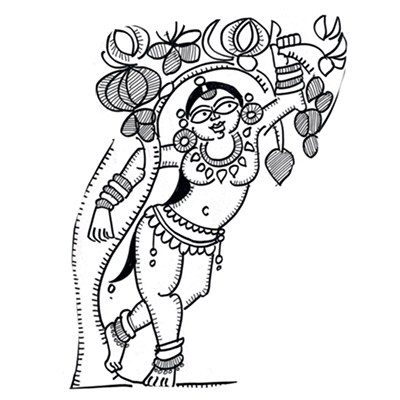 In ancient Indian scriptures, we find a description of three kinds of women.

Women who were chaste and devoted to a single man (even if the man had many wives). The second were women who kept away from men and lived as nuns. The third kind were women who had multiple lovers and were attached to no single man. In later times, such women were considered the wives of a temple deity or a devdasi, who saw their god in all their lovers. This last kind of women has often been described in modern literature as ancient sex workers or prostitutes or sacred concubines.

We refuse to see them as single women who indulged in the profession of entertainment, by being singers and dancers. They were known as nats and natis, or entertainers, who chose not to be bound to a single man and had multiple lovers. They were part of matriarchal clans, where the property and inheritance passed on from mother to daughter.

Instead of seeing theirs as a different lifestyle, they have been condemned. Their lifestyle has been reduced to the term prostitution and therefore we refuse to see this as one of the many types of diverse community structures which thrived and were given due importance, in ancient India.

The idea of beautiful women, who are well versed in the arts, and bound to no single man, emerges in mythology in the references to the apsaras. In the Rigveda, the apsaras reside in the paradise known swarga, which human males crave and pine for. But these apsaras seem to get disinterested and detach themselves from human beings, after no given period. They are uninterested in the concept of fidelity. Even when they bear offspring, they are not attached to the children and leave them behind, at times even on the forest floor. In other words, these are free women. Puranas state that when the devas and the asuras churned the ocean of milk, Laxmi, the goddess of fortune, emerged and, with her, arose the apsaras, who made heavens their abode and entertained the gods.

In later Nath traditions, these free women were considered to be yoginis and dakinis who lived in plantain forests: a plantain being a metaphor for women. It is said that the plantain grove was the realm of witches who stripped men of their masculinity and trapped them in the world of mortality. It was a world dreaded by the monastic order. The monks feared them as creatures who strip men of wealth and power and capture it themselves.

In early Buddhist literature, the courtesans also played a very important role. We are told that many of them were so rich that they gifted groves, houses, food and wealth to many Buddhist monks and even to the Buddha. But, in later literature, we find a discomfort with these women; they are considered temptations, destroying concentration and waylaying the ascetic. In Hindu literature, Indra sends apsaras such as Menaka from paradise to distract rishis like Vishwamitra from gaining spiritual power, even though their images adorned temple walls.

These reveal a social tension between the ascetic and artistic traditions, the hermit and the entertainer, the former being more masculine and the latter more feminine.

When Islam came to India, we see the courtesans thriving in the form of the tawaif. They played a very important role in the rise of Indian music and dance. In temples across India, there were vast communities of women associated with music, dance and the arts. These women were considered to be exponents of the 64 different kinds of arts, which meant many of them were literate, being educated in the subjects of poetry and prose. We know of famous courtesans who wrote poetry. They also found renown as exponents of the various musical forms.

The arrival of the British changed all that. With the British, especially in Victorian times, came a colonial morality and an idea of virtue. Anything associated with sex and sexuality was condemned as being evil and wrong. Unsurprisingly, the ones to suffer the most was this community of independent women artists.

Hindu reformists tried to change Hinduism and align it with Christianity and, subsequently, with Christian puritanical doctrine – thereby, these women were perceived to be stains on Hindu culture.

Thus, began a systematic movement to destroy these independent women, by reducing their role in society to prostitution and consequently, condemning and shunning them.

The idea of the independent woman as someone to be feared, continues to this date. We can see clearly, on the internet, how single women are targeted by trolls. These trolls typically use sexual metaphors and see these free­thinking women as loose, rather than being autonomous. In doing so, we have denied the grand contribution of women artists and entrepreneurs to Indian culture – and that is unfortunate.