Ramayana when it Rains 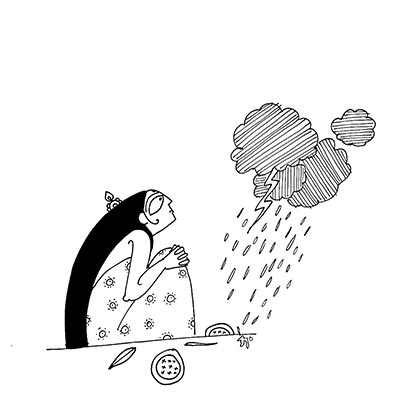 In Kerala, the traditional month of Karkidakam that falls in July-August is associated with heavy rains. It used to once be a time of scarcity, wetness and disease. There was no work in the fields and staying at home doing nothing meant boredom and quarrels for no reason. To cope with this, people began reading the Ramayana. So the month became renowned as the Ramayana month.

What is read is the Malayalam Adhyatma Ramayana (or the spiritual Ramayana) written in the 16th century by Thunchaththu Ramanujan Ezhuthachan. It was written around the same time as Tulsidasa wrote his Ram-charit-manas in Avadhi. Most Hindi speakers are quite oblivious of this Malayalam version. Like Tulsi’s retelling, this Ezhuthachan’s retelling of the epic is quite different from the Valmiki Ramayana, written at least 1500 years earlier.

While Valmiki focuses on Ram, the hero, Ezhuthachan Ramayana like Tulsi Ramayana views Ram as God indicating a shift in the nature of Hinduism from the earlier pre-Buddhist ritualistic and heroic period to the post-Buddhist bhakti period. A unique feature of Ezhuthachan Ramayana is the episode of Maya Sita according to which a duplicate of Sita was abducted by Ravana while Sita stayed with Agni, the fire-god.

What is especially significant about Ezhuthachan Ramayana is that it marks the rise of the Grantha based Malayalam script marking a shift from the older Vatteluttu script. It also marks the rise in birth of highly Sanskritised Malayalam literature and a break from earlier Tamil and Tulu influences.

Ezhuthachan was probably from an oil-presser caste; he was a follower of Ramanuja, the great Vedanta scholar who wrote on bhakti; and he secured the title of Ezhuthachan, which means elder who knows to write and teach, as a respect for his work; his work brought Vedic wisdom to the masses, until then restricted to the Brahmins. There are many legends told about him: that a girl approached a Brahmin saying that she had conceive a child in a particular time because it was foretold he would be a great poet who would change the lives of people; that in his past life he was a gandharva who witnessed the Mahabharata war; that Saraswati completed some of the verses of the Devi Mahatyam; that Brahmins were so jealous of him that they got him drunk but he still he managed to write the Ramayana in an inebriated state.

Besides Ramayana, Ezhuthachan also wrote the Mahabharata and the Devi Mahatmaya. A recurring motif in his writings is the parrot who sings songs perhaps alluding to Suka, the parrot-headed son of Vyasa-muni, author of the Puranas. Of course, this was not the first or only Ramayana in Malayalam. There are a few Ramayanas written before with the older forms of Malayalam, and many after this. This is yet another reminder of the vast and diverse literary heritage that is the Ramayana.