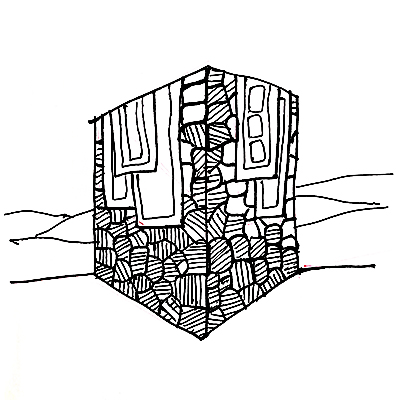 Fourteen hundred years ago, an Arab trader who lived in the city of Mecca went to meditate in the caves outside the city. There, he suddenly found himself being caught by an angel who forced him to read and recite. Being an unlettered man, he didn’t know what to do. The angel insisted that he read, in the name of the one true God, Allah. To Muhammed’s surprise, he was able to read and recite what was written before him, “the word of God”. Thus, came the first revelation of Muhammed. He was transformed from an ordinary man to a prophet (Nabi) and even a messenger (Rasul). He learnt that there had been several prophets and messengers on earth since creation, including Musa (Moses), and Dawud (David) and Isa (Jesus) and he was the final one.

Muhammed was an orphan who belonged to the Quraysh tribe. His father died before his birth. His mother died when he was barely six years old. He had humble roots, but was known for his integrity and his business sense. These caught the attention of an extremely rich widow called Khadija, who became Muhammed’s wife. They led a very happy life.

When the revelations began, Muhammed wondered if this was the work of supernatural beings known as djinns. His wife told him he should trust the words of the angel. When doubt passed, the revelations resumed with increasing frequency. God would speak to him through the angel. Muhammed would recount what was told to him with his wife, his nephew, Ali, and his friend, Abu Bakar. They realised it was the word of God and they submitted to it. One night, Muhammed even travelled on a strange winged steed to Jerusalem and thence to Heaven, where he met prophets and even Allah, before returning home. Few believed this journey really happened. But Muhammed knew his experience was true.

Islam means to submit to the word of God. Those who submit are called Muslims. Submission brings peace to the mind. Muhammed shared his revelations with more people around him. All was well until he openly started rejecting the worship of other gods and idols. In other words, he rejected accommodating other forms of worship and insisted on strict monotheism, based on his words.

Muhammed’s rejection of the pagan Gods caused a lot of trouble. The people of Mecca didn’t want him around, as much of their income came from pilgrims who visited the cube-shaped House of God known as Kabah, and the many pagan idols placed within, around and atop it. So, after the death of his wife and his uncle, whose wealth and power shielded him, Muhammed was forced to flee to the city of his grandmother, Medina. There, he married several women, most being political alliances, and became an assertive political figure. After many wars and treaties, he eventually came back triumphant to Mecca after 10 years. He purged the city of all idols and alternate forms of worship and established the Islamic faith.

While Muhammed’s revelations are compiled in the Quran, Muslims live their based on how the Prophet lived his life and what he approved and disapproved of. These traditions make up the Hadith, compiled a 100 years after the Prophet’s death. Both the Quran and the Hadith play a key role in determining the Muslim way of life.