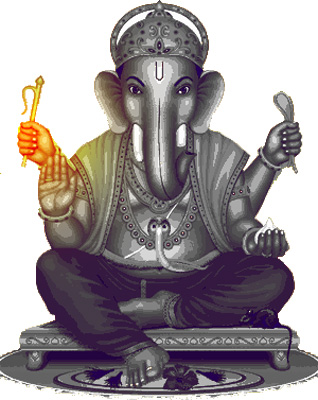 Ganesha, the elephant-headed god, of Hinduism, holds in his hand an Ankusha, or elephant goad. This is an instrument used by mahouts to control elephants. It has two parts attached to the tip of a short iron bar: a sharp tip and a hook. The sharp tip is used to goad the elephant forward. The hook is used to hold him back. The sharp tip pushes and the hook pulls. Thus the two parts of the instruments have opposing goals that enable the mahout to create balance and get the best out of his elephant. An Ankush can be seen either as an instrument of a leader or the two arms of an organizational strategy.

Ramanthji uses the principle of Ankush intuitively in his small business that manufactures bore well pumps. When he talks to his sales and marketing team, he tells them to be aggressive when they are in the market and offer whatever price it takes to dominate the market. But then when he sits with his finance team he insists that they check and challenge every price the team offers in the market. This twin action creates a perfect balance. The sales and marketing team push prices down while the finance team insists on pulling it up. There is friction between the two teams and what emerges is the best compromise that enables Ramnathji to not only dominate the market but also get the best price in the market.

Had the finance team not been there to ‘goad’ the price, the sales and marketing team would have ‘hooked’ the price down without considering the long term impact of such a move. Ramnathji wants the sales and marketing team to focus on customers and competitors and not think of pricing strategy. He wants the finance team to focus on pricing and costing and not think of customers and market. But he is wise enough to know that all things are inter-related. So he has implemented the Ankush strategy to get the best from the two arms of his organization.

He even uses this strategy to get the best out of people. There are days when he praises his team for all the work they have done. Then, without warning, he blasts them for being complacent and slow. His team does not know when they will be ‘goaded’ and when ‘hooked’. And so are always on their toes, trying to do the best possible, feeling inspired when praised and determined to prove Ramnathji wrong every time he admonishes them.

The Ankush works because everyone in the team trusts Ramnathji. They know he has their welfare and welfare of the company in his heart. He has forced them to break all apparent limitations within themselves and obstacles in the market. He is to them like Ganesha, the god who rids the world of all hurdles, powerful when he needs to be and lovable all the time.