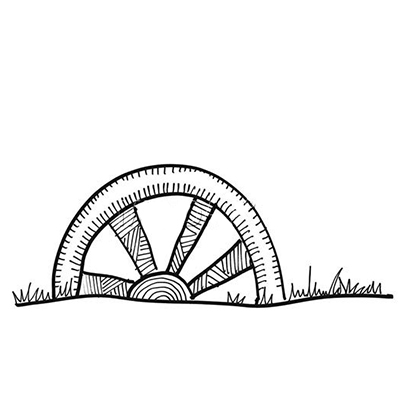 The story of the eagle Garuda stealing the nectar of immortality from Indra’s paradise to liberate his mother from slavery reminds us of Greek heroes who go on quests to fight monsters to liberate damsels in distress. In Biblical tales, the role of the Greek hero is taken up by a messiah who rescues the faithful from slavery or exile. Our ideas of independence stem from these stories.

To be independent, you need to struggle against an enslaver or an oppressor. In the case of the Indian nation state, the oppressor was colonial rule. In the case of the Hindu Rashtra, the oppressor continues to be Islamic and Western hegemony, manifesting as secularism. In the case of social justice “woke” warriors, the oppressor is patriarchy that uses language to promote stifling structures such as race, caste, religion and gender. What is conventionally assumed to be Enlightenment ideas emerging from the French Revolution is, in fact, an ancient mythic idea.

The Buddha also sought liberation, but not from oppressors in society. He sought liberation from suffering. Not social suffering but psychological suffering. He was tormented by the idea of death and decay. His problem was not with culture; it was with nature, with life itself. His answer was withdrawing from culture as well as nature. Rejecting social roles and overpowering the mental craving for pleasure, and fear of pain. He sought liberty from the world, unlike current beliefs about liberty in the world. People who we call “liberals” seek freedom in a social sense. The Buddha sought freedom in a spiritual sense. It was a different kind of liberation pursued by monastic orders. Their oppressor was kama (desire) and karma (destiny).

What is more important? Social independence or spiritual independence. The former depends on people around you agreeing with you. The latter is a solitary and autonomous venture. Students of the Humanities are taught about “liberty in society”. “Liberty from society” is presented as a “monastic eastern philosophy”. Liberty in society is seen as a realistic practical public goal; liberty from society is seen as a spiritual indulgence, a private affair.

Both forms of independence are, however, visualised as war. The war is external or internal. Feminism is a war against patriarchy. Social justice is a war against hegemony that privileges certain elites. The Buddha’s quest for nirvana is a war against Mara, the demon of desire. Shiva battles Kama, the god of lust. Vishwamitra battles the sensuous Menaka. But in the 19th Century, we find Indian freedom fighters merging the social battle with the spiritual.

The external battle of Pandavas and Kauravas was turned into an allegory of internal struggles by Mahatma Gandhi. He had successfully used spiritual techniques such as fasting as a tool to achieve political goals. Likewise, Ambedkar turned Buddhism from a monastic practice to a political practice: embracing Buddhism was seen as an act aimed at overthrowing the Brahmanical hierarchy. The enemy was not Mara; it was Manu.

Both Gandhiji and Ambedkar were lawyers, who had read translations of the Gita and the Buddha’s life. They realised that Indians privileged the spiritual over the social, and they were determined to reverse the trend. The 20th century saw non-violence become a political tool; monasticism became a political tool.

Similar transformations had occurred before. Sikhism had transformed in the 17th century from a Bhakti school to the military Khalsa movement against the atrocities of Mughals. Here clearly, there is a division made between piri (the spiritual path) and miri (the political path). But today, the spiritual is increasingly becoming the political. The Sikh identity is as much a spiritual identity as it is a political one, with the idea of Khalistan inspiring extremists. The oldest Bhakti poetry of Alvars and Nayanars is a personal quest, but now they inform Tamil nationalism.

Not to be left behind, Hindutva has turned Bhakti from a spiritual practice to a political movement, seeking to overpower democracy with demagoguery. Unlike Krishna’s Bhakti Yoga, which seeks to help Arjuna overcome his doubts and fears, the new political Bhakti seeks to get unquestioning obedience of its vote bank. People are being told on WhatsApp groups that they can prove their devotion to Ram, Krishna, and Shiva by always agreeing with the Hindutva political stance.

The early Christian church spoke of the Kingdom of God and dissociated itself from the Zionist movements against the Roman Empire. However, when the Roman Emperor became Christian, Christianity became a political tool to crush political opponents. The rise of Islam in the seventh century also saw a simultaneous and rapid rise of an empire that overran the Christian West and the Zoroastrian East, making it difficult to separate the political from the spiritual. Nation-states have tried hard to separate the religious from the political, insisting that the religious should be spiritual not political. But for American voters today, to be Christian is to vote against Liberal and Secular movements. The Kingdom of God awaits those who reject the Communists.

We must ask ourselves: how does the private battle become the public battle, and why? The Buddha did not seek to change the world. He was on a personal quest. But over time, taking care of Buddhist monks was believed to earn spiritual merit. So the common man pursued them. This made them popular, and even rich. With fame and wealth came power to influence people. And so, Buddhist monks became political brokers in ancient India, with the ability to make and overthrow kings. We find the same pattern with Sufi orders across India, in medieval times, who were sought after by ambitious warlords seeking to be independent sultans. Roman emperors saw in Christianity a force to mobilise people: feared at first, appropriated later. Hindutva movement sees faith in Hindu gods as a force to mobilise people for political power. The Hindu Rashtra is like the Promised Land offered by Moses to the enslaved people of Egypt, which enables the exodus, but remains elusive forever.

Spiritual practices turn into religions when they become social, hence political. Ideologies, by contrast, have no spiritual underpinnings. There is nothing spiritual about equality or social justice. Spiritual independence is about overpowering inner demons. Appreciating our anxieties when confronted with external challenges. For the Buddha, that external challenge was death and decay. For Arjuna, it was the horror of having to kill kinsmen. For Jesus and Sufi mystics, spirituality meant figuring out our ability to be kind and compassionate, rather than controlling and demanding. Today, these challenges are confronted in therapy sessions with psychologists. Politics is not about making people kind or generous. Political independence is about acquiring the power to get one’s way, even at the cost of others. Those who are unable to do so, feel oppressed and continue the pursuit of political independence. “Liberty from the world” is seen as a cop-out. “Liberty in the world” makes us heroes, saviours and martyrs and seems far more glamorous.