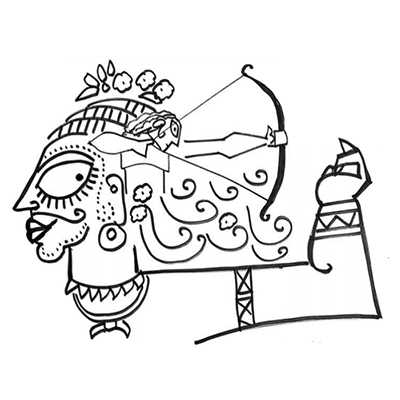 In the venture capitalist industry, it is known that all things being the same, a tall handsome man who presents well, preferably with an American accent, is more likely to get funds than a short, fat, dark woman with a heavy Indian accent. This is true of politics too. We are enchanted by people who talk big. We are seduced by the glamour they bring to the table. We are eager to overlook their obvious mistakes. But then when it is time for performance – it is too late. Many women who agreed to marry that rakish charmer discover their mistake pretty soon. And so have people who have elected leaders for their oratory skills assuming it to be an indicator of their governance skills.

Power Point is about dazzling an audience. Excel Sheets contain cold facts. Marketing is about Power Point while sales is about Excel Sheets. When both work together, magic happens. But more often than not, people rely on one or the other too much.

Companies that are in the growth phase rely more on Power Points and companies that are struggling to survive, rely more on the Excel Sheet. Power Point is how a dish looks and tastes; Excel Sheet is the calories and nutrition it contains. What matters more? Both, of course. But restaurants do well because they sell tasty food not nutritious food. And the charming gym instructor who allows you to cheat regularly is usually more popular than the one who demands absolute submission to the diet and exercise plan. This tendency of human beings is captured beautifully in the Buddhist collection of Jataka tales compiled over 1500 years ago.

The Bhimasena Jataka tells the story of a brilliant archer who does not get a job because he is a dwarf. People want their warriors to be big and strong. And so the archer employs a tall, broad-chested, good looking weaver and uses him to gain access to a king. The archer kills a tiger and a buffalo but ensures the villagers give credit to the mighty-looking Bhimasena and soon Bhimasena becomes the king’s champion and is showered with riches. All is well until the enemy attacks and Bhimasena has to actually go into battle. Suddenly, the big man who bragged, and assumed he was actually the warrior everyone claimed he was, realises his mistake. His knees start to wobble. His teeth chatter. He soils himself. Feeling sorry for Bhimasena, exposed before the entire kingdom, the dwarf-archer attacks the enemy, saves his people, and earns their respect. They realise size does not matter, words do not matter, only performance does

But then everyone forgets the Excel Sheet. Power Points continue to dazzle. And so we have the Kusa Jataka, the story of the supremely talented but ugly prince. A beautiful princess is tricked into marrying him and she is forbidden to see him in the light until she bears him a son. But she finds out the truth when she sees the ugly goblin getting down first from the royal elephant, and runs back to her father’s house. He tries to woo her back. He works as the royal potter, the royal basket weaver, the royal cook, the royal musician, but she refuses to see him. Finally, when her kingdom is attacked, and the enemies demand the princess as a hostage, she has no choice but to beg her ugly husband to save her, which he does.

And she accepts that though hideously ugly, he is the most talented man in the world, a great king and a worthy husband. The Excel Sheet wins. But only after a calamity. Stories such as the Jatakas were written so that we could learn life’s lessons from other people’s experience rather than from our own. But the sad fact is that we don’t learn from other people’s experiences. The Jataka may remind us that size does not matter, looks do not matter, speeches do not matter, what matters is performance. But do we learn? Tasty food will always win over nourishing food, as economics who has studied poverty diets have realised. So it is with recruiters, investors and the electorate.