Passport shame: What’s really at the heart of the California textbook row on Hinduism? 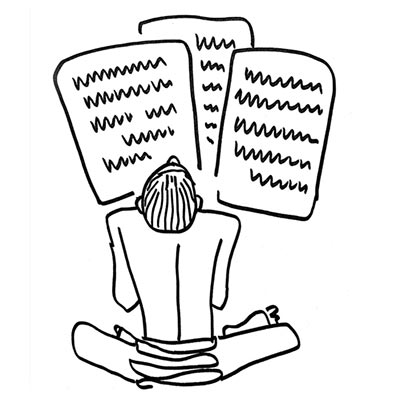 It is a battle that will not die down, for it reveals a great split in the Indian American community of the United States of America. One side sees Hinduism and India as the oppressor. The other sees the religion and the state as the oppressed. Both seek justice, and demand respect. Both sides also have American passports.

At the heart of this debate lies a simple question: How does America explain Hinduism, and India, to American children? These American children include children of Indian, Pakistani, Bangladeshi, Sri Lankan and Nepali origin, who are torn between their South Asian roots and their American homeland. How are they, and their friends, introduced to the land and culture of their ancestors, and to the customs and beliefs that are part of household lore?

When you have made yourself citizen of a land that addresses foreigners as aliens, the stakes are really high.

Who decides what must be taught: American academics, or practicing Hindus? Hindus from North India, or Hindus from South India? Brahmins or non-Brahmins? Savarnas or Dalits? What about Hindus with Nepali passports? Or Hindus whose ancestors were indentured labourers in West Indies? Does anyone ask them? Must it be a democratic process?

Before you answer the question, replace the word Hinduism with Islam. How does America explain Islam to American children? Who decides what must be taught: Non-Muslim American academics, or lay Muslims or Muslim theologians? Shias or Sunnis? Women or men?

Now, replace the word Islam with Christianity. How does America explain Christianity to American children? Who decides what must be taught: An atheist academic, or a theologian? Catholic or Protestant?

Suddenly you realise it is not that simple. It becomes tougher since Hinduism is not organised like Islam or Christianity, which also does not mean it is disorganised, or divided, as many Western academics would like to imagine. And you start to wonder why writings on Hinduism by academics, who are neither Hindu nor Indian, are seen to be more accurate?

Are we saying that a non-believer has a better understanding of religion than a believer? Must then only atheists teach religion at school?

We live in interesting times when how you talk about a religion determines your political identity.

Around the world, propelled by ideas of social justice, cultural studies are increasingly becoming less about understanding cultures and more about judging, condemning and changing cultures. How does one talk about religion objectively then?

What’s in a name?

Through the lens of social justice all religions are ugly. Why then is only Hinduism singled out in California textbooks? Why is casteism consistently and continuously seen as a Hindu doctrine and not a South Asian phenomenon despite the fact that Dalits are persecuted across South Asia by Muslims and Christians and Buddhists, not just in India but also in Pakistan, Sri Lanka, Nepal and Bangladesh?

Is that why many Hindus in America are increasingly speaking of Hinduphobia, with some even equating anti-Brahminism to anti-Semitism?

Should we stop using the word Hinduism as a code for an overarching meta-narrative that has always bound the culture of the subcontinent simply because the British invented the term in the 19th century for administrative convenience?

If yes, then should we also not stop using the word Dalit to identify communities that suffered the inhuman excesses of the caste system for centuries, because that word started being popularised by reformers only in the 20th century? Why is one word inaccurate, and the other accurate?

Are we shying away from the word Indian subcontinent and preferring South Asia for the benefit of those who once held Pakistani and Bangladeshi passports, but now hold American ones? Or is it because the departments in American Universities that study cultures align themselves to the US State Department’s division of the world inhabited by aliens?

A matter of self-esteem.

In matters of culture and religion, discourse has nothing to do with the truth; it has to do with self-esteem.

But if you want your child to grow up to be an atheist, do you want them to be taught anything good about any religion?

Let us not forget that aggressive atheism and liberalism is the dominant discourse in US universities — it sees all opposition as Right-wing feudalism. Academia increasingly rewards advocacy and activism. Education thus has become propaganda. It happens not just in Rajasthan or Tripura. It happens in California too.

Cultural truth is always fluid for it has as much to do with embellished memories of the household rather than facts.

For a child, the memories shared by the parent are the truth. Academic writings and media reports — those stories about caste atrocities, rapes, lynching, and naked men bathing in mammoth Hindu gatherings — challenge this truth. Textbooks that seek to simplify complex religions and their history just add to the confusion.

Hinduism, many Indian Americans have discovered to their horror, is not the pure Vedic dharma propagated by Hindu missions, based solely on vegetarianism, non-violence, yoga, bhakti and love. It has a dark and violent underbelly.

This becomes especially troublesome when other religions are presented as having none. Christianity is sanitised as the President of the United States takes his oath in office with a Bible in hand. Islam is sanitised as academics want to make doubly sure nobody accuses them of Islamophobia.

How does one answer those awkward questions of children? No one is prepared for it. Culture and religion and social justice did not matter when giving those IIT and IIM entrance exams, or when working hard to impress those immigration authorities.

It gets worse when children prefer the more autonomous, individualistic, egalitarian American values to Indian values that seem feudal and misogynistic. Fear that the child may embrace another religion amplifies. Becoming an atheist is tolerable, he or she can still be called Hindu. But what if he or she converts to Mormonism, or Islam?

Family quarrels that follow throw up that one question every immigrant dreads: If India was so great, why did they give up their Indian passport? Was it not just for the money and the good life? It was not like there was war there. The result is passport shame.

Two discourses emerge to cope with this passport shame. One leaning to the Left: We left India because it is the land of Brahmin oppressors. One leaning to the Right: We left India because the glory of Hinduism was being destroyed by Nehruvian socialism and its reservation policies. Both these discourses meet with American approval, for America is all about democracy, freedom, and fighting the forces of evil, evil being all things non-Christian and communist.

The arrival of Modi adds a new dimension. “He embodies what we were escaping,” say the Left-leaning Indian Americans, clinging to their American passports, joining the chorus that equates Hinduism with Hindutva, and reduces Hinduism to casteism, feudalism and patriarchy. Significantly, many of these Modi-baiters have Brahmin surnames, who know in the race for power in academic circles they will eventually be shouted down as Savarnas seeking to appropriate Dalit heritage.

The Right-leaning Indian Americans, who also cling to their American passports, argue differently, “Modi is the saviour of all that is good and noble in India and Hinduism.”

This group cares more for their unique version of Hinduism than India, but realises it is difficult to separate the lived experience of Hinduism from India’s geography and history. They are not equipped to handle the complexity of Hinduism that eludes even the experts. They prefer the simple version of ill-informed parents and agenda-driven gurus. So with the gall of the ignorant, they construct and cling to a fabulous but empowering vision of a pre-Islamic, purely Hindu India where there was no caste, no misogyny, and no hierarchy. They bark and snarl at anyone who contradicts them, especially American academics (the outsiders!) and Indian Americans who criticise Hinduism and India (the traitors!). The worst is reserved for Indians who actually live in India, and have felt no need to emigrate (the brainwashed anti-national, colonial sepoys and Macaulay-putras!).

At a superficial level, the California textbook controversy is certainly about erasure of Dalit, Hindu, and Indian heritage from history books by a country repeatedly accused of cynically manipulating the doctrine of democracy for its capitalist goals. At a deeper level, however, it is more about the passport shame of Indian Americans who voluntarily chose the American Dream over the Idea of India, but still feel loyalty towards the land, its religion, even its atrocities and injustices, that they left behind.