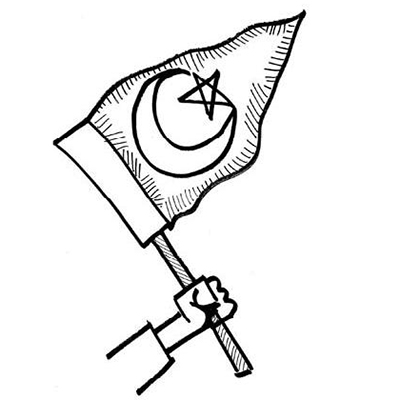 Pakistan was the first modern republic to declare itself ‘Islamic’. It imagines itself as the Eastern edge of Arab civilisation, when in fact, it is the Western edge of Indian civilisation. No Pakistani can buy land in Saudi Arabia, get a Saudi Arabian passport or marry a Saudi Arabian woman; but still, Pakistanis consider Arabs as ‘my people’. They can buy land in America and Europe, get American and European passports, and marry American and European women, but still Americans and Europeans will be outsiders. Thus, religion is privileged over culture.

Pakistan has taught itself to be Pak or ‘pure’ by hating migrant Muslims from Bihar, and from Bangladesh. It hates Shia Muslims and Sufi Muslims. It seems to weep for Kashmiri Muslims, a cry that is more territorial than religious, for, it is indifferent to the misery of Chinese Muslims.

Americans love Pakistan so long as it hates Iran. In England, Paki is a racial ‘slur’. Restaurants serving Pakistani food need to call themselves Indian restaurants. Pakistanis will invariably collaborate with Indians, and vice versa, in foreign lands, provided neither in these two ‘desi’ pockets raise the topic of Kashmir. This bonhomie bewilders the Israeli, the American and the European no end.

Like China, Pakistan wiped out its own culture. Everything before the arrival of Islam is seen as ‘jahila’ or barbaric. Imagine, not telling your children the achievements of your ancestors — the Harappan cities, of the Saraswati river where the Vedas were first composed before they were lost and recovered by Vyasa, the universities of Taxila and Sharda, the stories of mighty queens like Kaikeyi, Madri and Gandhari, of sea-traders who worshipped Hinglaja Mata and Sauparika devi, of kings who controlled the horses and were known as Hayapati and Ashwapati, of the Brahmi script that uses vowels most innovatively, or of Hindu numerals (use of zero as placeholder) that Arabs took to the West, or of Buddhist monasteries and Gandhara art during the reign of rather cosmopolitan Yavana, Saka and Kushana kings. Pakistani women are told the saree is not Islamic! The grand (Indian) musical tradition nurtured by tawaifs and ustads were all condemned as haram in the post-Partition era. Hindi is seen as a foreign language because its script, even though, like Urdu, it was nurtured from the mix of Sanskrit and Persian. They prefer being South Asian to Indians culturally, preferring the European word for the other shore (‘Asia’) to the Arab and Greek word for Sidhusthan—India and Hindustan.

In Pakistan, there are smart people and stupid people. The stupid have overpowered the smart, choosing simplistic narrow-minded Wahabism, to complex demanding plural ideas that was widespread in the Age of the Caliphs, who were influenced by wise Persian emperors of yore. By introducing “blasphemy laws” it has effectively destroyed any hope of pluralism. A similar model thrives, ironically, in Iran, where diversity is brutally stifled. Hindutva is in danger of following this Pakistani model: empowering the stupid Hindu over the smart Hindu.

Politically, stupid people are valuable as pawns to win a war. Stupid people are comforted by doctrines of ‘equality’ that takes away the burden to be better. The stupid find meaning in hatred as hatred is easy on the mind as per neurobiologists — it appeals to the lowest animal part of our brain. But, stupid must not be allowed to dominate the narrative after they have played their strategic role. The Pakistan elite failed to recognise and to rein in the stupid at the right time. India is walking this path. Mercifully, India is just too big and Hinduism too diverse, so the victory of the stupid is less guaranteed. But the stupid, empowered by democracy, will pull India several notches down from its potential, making recovery a long painful process.