Not quite division of labour 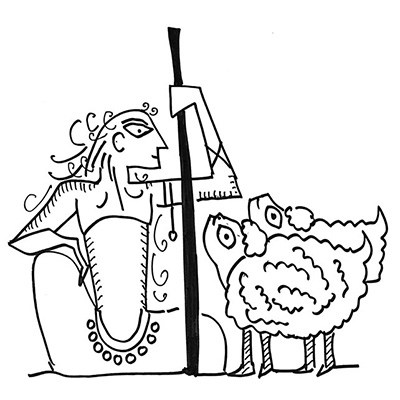 Many assert that the caste system (jati pratha) is essentially ‘division of labour’. However, this will never be said by those involved in manual scavenging, cleaning sewers without proper gear, being forced to take up this job because that is the only vocation made available to them. When we use the phrase ‘division of labour’, it means all forms of labour are respected equally and people can choose to be whatever they want to be. Manual scavenging is never a choice. Is it aspirational to be a doctor, or a janitor? Globally, labour is not treated equally.

But while the caste system is easy to criticise, our understanding of it remains limited, as academicians and politicians and activists see it through the lens of equality: everybody is equal before the law and everyone must get equal opportunities from the State. This idea of equality comes to us from Abrahamic mythology where all creatures are born equal in the eyes of God and live one life, equally obliged to follow God’s commandments. Those who do not follow God’s commandments go to hell.

In modern politics, the State is God, created by the collective voice of the people. Its laws are commandments, created and modified by the people. This way of looking at the world did not exist in ancient India. Ancient India is based on karma. This is not the one and only life; therefore, we are not born with a clean slate. We are born with karmic baggage and we die with karmic baggage and this karmic baggage decides into which family we are born. Different communities have different gods and different ideologies. This is very different from a homogenous worldview where everyone has, or must have, the same God, and the same ideology, a belief that is common in right wing and left wing groups around the world.

Where there is diversity, there is bound to be hierarchy — economic and political. What is unique, and most disturbing, about caste hierarchy is the concept of purity, with some vocations being seen as purer than others, resulting in the practice of untouchability. We confuse caste with untouchability. That is like confusing identity with exploitation. They are two different things.

People also argue that the ‘original’ caste system was not determined by birth. The Bhagavad Gita is often quoted as stating: your varna (social role) is decided by your gunas (your qualities). But does that mean gunas decide who should be manual scavenger and who should be priest? Does the manual scavenger get the same respect as the priest? These are questions we don’t want to ask.

In traditional India, you were obliged to follow the family profession. The sons had to follow their father’s profession. Therefore, we find great tension, in ancient mythology, between sages who become warrior or warriors who become sages, charioteers who aspire to be archers, cowherds who wish to be kings. Choice does not exist in Indian society. The karma system does not allow you to have a choice. Again, choice is a very Christian concept, based on free will, where you choose God or Devil, or atheism.

The ‘upper’ castes who owned lands, and were literate, managed to secure jobs as bureaucrats in Mughal courts; though Islam believes in equality, Muslim kings of India realised there was value in respecting the caste system. Later, they got jobs in the offices of the East India Company. The British rulers as Christians, and creators of ‘liberal’ ideologies, believed in equality but had no problems reinforcing the caste system by making it part of the census. After independence, demands of democracy have ensured that castes serve as vote banks for politicians. Reservations may be powerful tool of social justice, but they are simultaneously a weapon to drive a wedge in the social fabric. Humans love inequality as it enables us to be powerful.