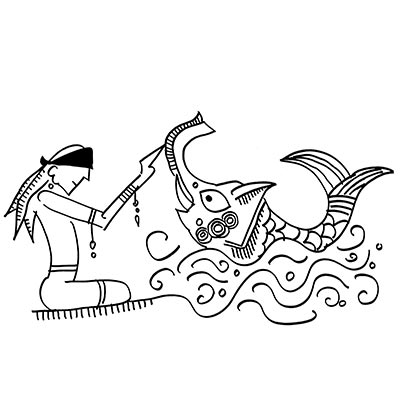 All our lives we have been told the story of six blind men and the elephant. We are told how these men felt different parts of the elephant and assumed what they were holding was a rope (tail of the elephant), winnowing basket (ear), pillar (foot), branch of a tree (trunk), wall (body), and plough (tusk).

The question to be asked is: who sees the reality of the elephant? Who is this Mr. Know-it-All? Is it the guru, the prophet, the holy man in saffron robes, the man in the pulpit, the evangelist, the teacher, the leader, the king, the priest, the father, the mother? How can we be sure we are not being lied to? Are being asked to abandon our own experiences in favour of someone else’s knowledge? This can only lead to exploitation.

This story originated to explain the Jain concepts of anekanta-vada (doctrine of multiple realities) and syada-vada (doctrine of conditional truth). It is based on the realization no one can ever know the complete truth, and the realisation that truth itself is never complete, as it is forever transforming.

Similar ideas are expressed in the Creation Hymn of the Rig Veda. It wonders what came first. And realizes no one can really answer as ‘even the gods came later.’ What comes later can never really appreciate what happened before.

The world is constantly changing. Nothing lasts forever. Nothing is fixed. Seasons change. Societies rise and fall. Contexts change. Reasons change. Values come and go. Meanings shift. So ‘the truth’ is never complete and always changing.

Nowhere is this more evident than in the world of language where spellings and meanings are always changing. The 18th century word ‘gaol’ is now written as ‘jail’. In the SMS world, the word ‘your’ is spelt as ‘ur’. The word ‘gay’ once meant happy; now it refers to a homosexual man. The word ‘nice’ once meant something silly; now it means pleasant or nice. The word ‘husband’ originates from ‘owner of a house’ who was found to be a good marriage prospect; now it means a male spouse. The word ‘meat’ once meant all kinds of food; now it means only flesh of animals, not bird or fish. The word ‘abandon’ meant to subdue; now it means to give up. The word ‘addict’ meant one who is obliged to become a creditor’s slave as he cannot repay his debt; today it means someone who is dependent on a drug. Originally the word ‘awful’ meant that which evokes wonder and is ‘full of awe’; now means something foul and negative. The word myth once upon a time meant story, then it came to mean false story, now it means story that communicates the subjective truth of a people that is indifferent to rationality.

Panini, the great Sanskrit grammarian. said that to get a pot we have to go the potter’s house. But to get a word or a language, we must not go to a linguist’s house but to the marketplace and where people create, preserve and recreate words as per need. In other words, language is what people make of it. A language expert is at best a chronicler; he cannot judge, or criticize. No one can ever know the elephant-truth. Even if it is out there for it may be changing, as we speak, into a rhinocerous or a hippopotamus. We just have to make do with whatever limited knowledge we have to make sense of our reality. Accepting a finite view of the world leads to humility.