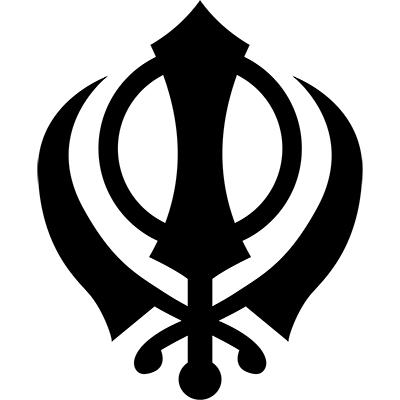 I am often asked if there is such a thing as mythology in Sikhism. The simple answer is, yes. But this answer often confuses people. For most, mythology continues to be a 19th century colonial Orientalist definition—fantasy tales of pagan polytheistic primitive people, as opposed to ‘truth’ of refined people who follow monotheism and reject idolatry. These are pre-science definitions. For those with updated 21st century knowledge, informed by science and postmodern philosophy, every culture imagines itself differently and expresses itself through stories, symbols and rituals. Sikhism is no different. It is a community with a history, and the clue is a set of beliefs and practices that makes perfect and profound sense to the in-group but not to the out-group.

The practice of venerating the holy book known as Granth Sahib by carrying it in a palanquin, wrapping it in cloth, placing it under a pavilion, raising umbrellas and waving chamars (fly-whisks) around it are all rituals, choreographed performances to generate awe in the onlooker. The practice of feeding people (langar), cooking and cleaning in the gurudvara and doing charity work (seva), and chanting God’s name (simran), are rituals, again choreographed performances to generate humility and faith in the participant. The demand to cover the head in the gurudvara are also rituals, designed to remind us we are in a spiritual space. All these are part of mythology, aimed to create a “subjective space” imbued with spiritual energy. These practices may not make sense to a non-Sikh. The rituals are not meant to be rational, but they can be rationalised as is the nature of rituals in communities around the world.

Since the Granth Sahib contains devotional poetry by many saints who lived around 500 years ago in India, they often refer to Hindu and even Persian mythological themes. These are to be seen as metaphors and not literally to communicate the idea of monotheism, transcendence of divinity and the value of faith and devotion. Raja Ram, for example, also referred to as Raghunath is mentioned almost 2,500 times in the holy book. The name refers both to Ram of the Ramayana as well as the idea of God. There is reference to the ‘bull of Dharma born of compassion’ that holds up the world—which reflects an idea found in Persian literature. There is reference to Krishna and Vishnu but in the Sikh faith, divinity is nirguna (formless) and it rejects the saguna bhakti, embodied forms of the divine found in Hindu temples.

In the Pathar Sahib gurudvara at Ladakh, we find a rock that was hurled at Guru Nanak by a demon that instead of crushing the saint just melted at the point of contact. Such stories are found in the janam-sakhi. One tale tells us how Guru Nanak encounters Kali-yug personified. Other stories speak of miraculous events that occur when he is challenged by Nath-jogis and Pirs. The stories of janam-sakhis are not seen as history, but as fables, part of oral collections and memories of people. These are meant to evoke awe and reverence in the listener. All these form part of Sikh mythology i.e., the subjective truth of the Sikh people.