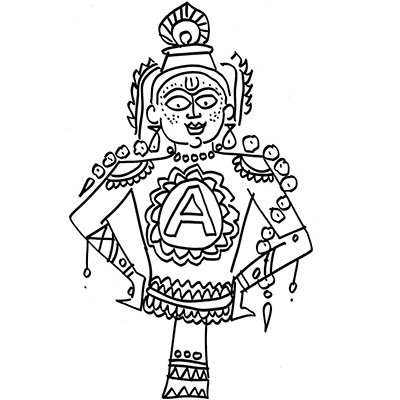 For the past few years, I have been receiving requests from journalists asking me to explain the rising popularity of mythological stories in India. And, repeatedly, I have to point out that this is not just an Indian phenomenon. It is being observed all over the world.

Films are retellings of Greek mythology. Stories of Titans, Olympians, and Greek heroes such as Hercules are on the rise. Films such as Noah and Exodus are also retelling tales from Abrahamic mythology. Films like Risen and The Young Messiah, due for release 2016 are based specifically on Christian mythology. Iranian filmmaker Majid Majidi made a film on the Prophet Muhammad and, predictably, a fatwa was issued against AR Rahman for providing music to a film that dares show the face of the man who eventually becomes the prophet. These are all retellings of narratives from the world that is indifferent to what historians would consider reality. In other words, they are somebody’s truth, unlike fairy tales that is nobody’s truth.

Films that reimagine fairytale characters are easier to twist than films that have some religious content. So, we have Snow White turning into a warrior princess and Hansel and Gretel turning into vicious fighters. Dracula and werewolf films based on European legends tread carefully on, and against, Christian beliefs with the obsession with ‘flesh and blood’ and promises of resurrection and immortality.

Mythological films stand between fantasy films on one hand and historical films on the other. When the Greek epic Troy was presented as history, it bombed: people wanted to see the gods. When King Arthur was presented without tales of Merlin and the Chalice and the Fisher king, it did not appeal to the audience. What audiences yearn for is answers to the mystery of life. Hence, films like 300, though based on a historical event, are presented using the mythic template of oppressor and oppressed, with the half-naked macho Greeks (read West) as guardians of freedom and the effeminate bejewelled Persians (read Middle East) as the home of tyrants.

It was the global popularity of Harry Potter books, and The Lord of the Rings movies, that rekindled this global love for enchantment. Science, technology and rationality have essentially stripped the world of wonder. Everything is reduced to a mathematical formula, or a smug rule, or an app. In this world, politics and economics is reality. Faith is fantasy.

This ‘secularisation’ of the world strips the world of all magic and meaning. We are just biological units who yearn for power and wealth. Winners are the privileged elite: oppressors, who have constantly to suffer the activist whine. Losers are the oppressed, or their saviours, scolding everyone for being imperfect. The only escape is imagined histories and retold mythologies. Something fabulous that is also real, like gods with absolute power and no answerability.