Myth and Memories Before History 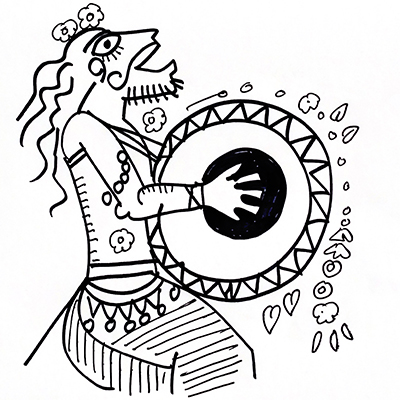 Vedic literature is full of stories informing us how rishis discovered and used the mantra to solve problems. These stories were called the itihasa, as they are reported by those who witnessed the events, as against puranas, which are simply old stories transmitted, not witnessed. These itihasas are found in the collection known as Brihad-devata, older than the Ramayana and Mahabharata. These are perhaps the earliest memories of India.

In later times, we find Puranic literature and regional ballads, which maintains a record of the past. They classify kings either as descending from the sun (surya-vansh) or the moon (soma-vansha). For example, Rajputs even today claim descent from the sun, while the mediaeval Hindu kings such as Yadavas and Hoysalas saw themselves as descending from the moon. The connection would legitimise their claim to the throne. The idea of history, thus, becomes important as it justified a claim to power or property.

In Rajasthan, bards would tell stories of valour of the Rajput kings. If they glamorised and spoke of the victories, they were given more gifts. Fortune depended on the favour gained from the king, much like today’s journalists. Thus, the stories that he told were creative versions of what actually happened – not biographies (realistic retelling) but hagiographies (exaggerated retellings). Battles of victory would turn into ones of defeat. Stories of defeat would turn into ones of victory. Illegitimate princes would become legitimate in these stories. Magical events would justify why a commoner was accepted as king. This was not unique to India.

In pre-literate Europe, each aristocratic family had a herald. The herald would carry a banner that had special markings that indicated members of the royalty. If one was a member of the aristocracy, one had property which was tax free. The office of the herald maintained the record of such families and their lineages, and was very important in the courts of England, France and Germany. We find tales of corrupt officers accepting or denying the validity of a herald. And of kings chosen because they magically released swords held by stones.

In the Arab world, the idea of history became important because most Islamic practices are traced to the Hadith, that records the activities of the Prophet Muhammad in his lifetime, based on oral history of his friends and relatives. The number of stories about the prophet increases exponentially with passage of time, leading to the question, which story is to be trusted as fact. Much depends on the character of the narrator and the line of transmission. This leads to bitter feuds and rivalries between different Islamic schools of thought, especially the Shia and the Sunni.

These were the old historians, whose sole purpose was to carry forward a narrative to justify or authenticate power. They were often countered by bards of rival courts, and rival schools of thought. For example, while Hindu texts tell us how Adi Shankara defeated Buddhists, Buddhist texts tell the very opposite tale. In Rajput ballads and paintings, dead kings are resurrected and shown killing those who killed them.

Modern historians, who emerged in the 19th century, valued evidence and did not blindly trust the songs and texts of court bards. They sought multiple sources to corroborate any claim. This made them function like lawyers and judges, which is why fans of kings do not like historians.