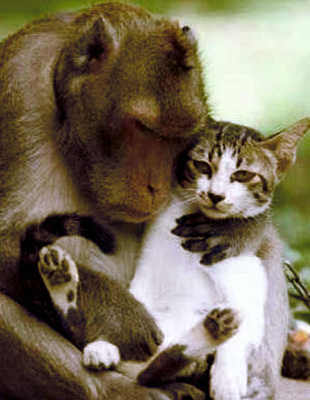 Akbar, the greatest of Mughals, was addressed as Jahan-panah. The word means `Shelter of the world’, Was it a title meant to boost the ego of the great emperor of India? Or did it contain the people’s expectation from their leader?

A leader is supposed to be the `shelter’ – protector, defender, the one who creates the environment where one can thrive. He is supposed to provide physical shelter, intellectual shelter, emotional shelter and economic shelter. He is supposed to help you become a better person. Now, that is a huge responsibility on a leader. Leadership then become not just a functional role; it becomes a deeply spiritual role, because it demands one draw out the best in one’s followers. Leadership is then an exercise, not in power, but in love, where power is but a medium.

When Sarita joined an animation studio, she was surprised to find a boss like Tulika who spent hours with her trying to find out what motivated her, what excited her, and giving her work that both challenged and excited her. Sarita felt she mattered and gave her best to Tulika.

Sarita felt that Tulika was a better boss than Prithvi, her previous boss. She felt Prithvi ignored her, never really spent time with her, in fact was quite indifferent to her. But was he?

Prithvi’s style of management was clearly different from Tulika’s. Like Tulika, Prithvi deeply cared for Sarita’s well being – but he was not that obvious. He ensured that Sarita only got work that brought out the best for her. He never let the rest of the organization take advantage of his team. He shielded his team from office politics and ensured they worked regular hours and did not stay back late. When Sarita came to him he answered all her queries and taught her a few more skills. He was never angry when she made mistakes. In fact, in company meetings, he held himself responsible for all his team’s shortcomings and gave them full credit for all successes.

Prithvi was a more reactive boss. Tulika was more proactive. But both were, without being aware of it, serving as `shelters’ to their respective teams. Who is better, the proactive-boss or the reactive-boss? The former seems more emotional and caring. The latter seems distant, even indifferent, but is always available in times of crisis.

Similar thoughts emerged in South India, in the 11th century, as acharyas such as Ramanuja, were transforming the abstract and highly intellectual Vedanta philosophy into a more concrete and emotional Bhakti or devotional path. They wondered what should be the ideal relationship between deity and devotee. Everyone agreed that God is the shelter of the devotee but how must one behave before God or rather what must one expect from God.

Two schools of thought emerged. One school was the cat-school, which said God is like a cat and so devotees must be like kittens. The kitten just surrenders itself to its mother and the mother holds it by the scruff of its neck and takes it to safety. The other school was the Monkey-school, which said God is like a monkey and so devotees must cling to God as baby monkeys cling to their mothers. One must not let go. In the cat-school, God does all the effort, the devotee simply lets go. In the monkey-school, the devotee does all the effort, God is always present, ready to help if help is asked.

Problems start when the team is made of kittens but the leader is like a monkey or vice versa. One’s expectation from the leader will never be met. Clinging to the cat is not advisable and hoping the monkey will carry you to safety will never happen. So the leader-follower relationship, like the deity-devotee relationship, can be complex, changing with context.

Equating the leader with the divine may seem blasphemous to many. But since ancient times, leaders, and especially kings have always been placed on a pedestal, higher than man but lower than God. This was seen in Egypt, where the pharaoh was called god-king. In France, he was called the Sun-king, the temporal representative of God, around whom the world moved. The king was the closest physical manifestation the common man had to God. That is why there were elaborate ceremonies associated with their ascension to the throne. The rituals elevated the man towards the heavens, after which he was expected to become less human and more divine, thinking less about his own pleasures and more about the happiness of others. In other words, rituals were supposed to make him Jahan-panah.  His sphere of influence and concern extended beyond his family and friends to include everyone within his jurisdiction and even beyond.

When Shivaji was crowned king, he was given the title of Chattrapati – lord of the parasol, the one who holds the umbrella. For whom was the king supposed to hold the umbrella? For the people, to shelter them from the relentless rain of problems. Some kings run after their children with the umbrella, when the rains fall, for they follow the cat-school of leadership. Others hold the umbrella up and wait for the children to gather around them when the rains come, for they follow the monkey-school of leadership.