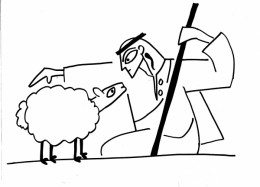 It is human to try and understand nature and use that knowledge to improve the quality of life. The forager did it. The hunter did it. The fisherman, the herdsman and the farmer did it. But where does nature end? Does it exist bey­ond sight and sound? Beyond senses? Who can access this world beyond name and form?

In tribal society, there was the shaman. In Chinese society, the shaman became king, for he had the ‘Mandate of Heaven’ to rule. In Greek soci­ety, kings claimed that their father, or mother, was a divine being. It made them special. In Arab-Persian society, there came God’s messenger who introduced the idea of God who created the world and his message of how we are supposed to live in it. The messenger was the leader; he spoke to God, and followed God’s instruction, and told people who should be king.

In Vedic society, it was the rishi who ‘heard’ what no one else could hear. That secret knowledge was transmitted by ritualists (brahmana) and passed on by teachers (acharyas), who granted kings legitimacy. But then the Buddha came along and acc­e­ssed this secret doctrine by meditation and contemplation. His followers transmitted Budd­ha’s knowledge and eventually concluded anyone could be a Buddha, thus access the transcendental world. In the Puranas, the wisdom of the Vedas was being revealed to all by Shiva and Vishnu. Not only did they decode Vedic wisdom, they embodied it.

We have to understand all this to appreciate the guru phenomenon. Who is a guru? Is he just a wise old man (pir, in Persian), or a messenger (paigambar, in Persian) of God, God himself, or the embodiment of wisdom, whose presence and blessings are enough to solve the problems of life, without any material, intellectual or emotional investm­ent? Maybe he is a sorcerer, with secret knowledge not accessible to all? He can dig into the magical world that overlaps the material world? Isn’t that who is mystic, yogi, druid or magi supposed to be?

We want to understand the guru phenomenon rationally. Since the 19th century, under Protestant influence, there was a global trend to equate all holy men as good teachers. So Jesus, Muhammad, Buddha are all being cast into a single mode. This has led many modern guru enthusiasts to give the word guru, which simply means someone with gravitas or intellectual weight–a pseudo-­etymology as one who takes people from darkness (gu) to light (ru). But in fact, the connection bet­ween a guru and his disciples is visceral, defying rationality. They are not students chasing a teacher; they are fans running after a rockstar, willing to do anything he tells them to do.

How does one create a rockstar? You can train to be an actor. You can pretend to be a celebrity. But few have been able to explain the phenomenon of a rockstar. What makes people so crazy for a performing artiste on stage? What is it about his song and dance that renders people mad? They chase him. They cry for him. They are even willing to die for him. What is the science? All psychologists are able to offer is just post-facto rationalisations.

We find this is the word of films, of sports, theatre, dance and music. In the world of politics too, when even the most absurd words of a leader sound rational to his mob of trolls. But we are not willing to extend this to the hallowed world of spirituality, which is just a fancy word for deep psychology: the emotions and sensations that cannot be explained by measurable phenomena. It is that part of our existence that is located just beyond the tangible and the explainable. It is the inspiration that manifests as poetry.

This is not just an Indian phenomenon. Any such suggestion is essentially racist. It is rooted in the human desire for meaning and validation. It manifests differently in different cultures. But it is universal. We feel disconnected from the world around us, and seek belonging. There is the rational and burdensome world of relationships with their roles and responsibilities; but what really fuels us is the irrational and involuntary world of love, a connection over which we have no control, but feels real, inspiring yet safe, common sense notwithstanding. A guru is able to evoke this unconsciously. We want to believe it is mass hypnosis. We want to believe he is just a teacher, or a good organiser, or a marketing man, or a manipulator and a hypnotist, or a performer, but we know that all teachers, organisers, marketers, manipulators, hypnotists and performers cannot be gurus, or rockstars. Some people just connect. And the connection is inexplicable, even to the guru, who may use words like ‘transcendent’ and ‘God’ and ‘soul’ and ‘consciousness’ to explain it.

Perhaps it has something to do with evolution. The animal needs to be part of a pack or a herd. We submit to the queen bee, or the alpha male, and feel safe, as decisions and responsibility are outsourced. We are happy to be part of a larger picture, anchored in the guru rockstar. He, or she, makes us feel connected to something larger than the visible, measurable, controllable reality that fails to impress, or empower us.

The West, with its discomfort with plurality, rej­ected multiple gods, multiple gurus and multiple prophets. China too does not like any challenge to the Emperor, and hates separating temporal and the spiritual. But in India, multiple gurus have thrived along with multiple gods, for divinity was seen as manifesting in various ways: rock, plants, animals, geometrical patterns and humans too.

Today, with the rise of Pax Americana–a mixture of capitalism and Protestant aversion for singular authority–spirituality has become a marketplace. Here there are many buyers and sellers: a variety of interpreters of God’s message for the religious, or Buddha’s message for the secular, or for the new-age seekers something to do with mysticism, yoga and altered states of consciousness. Each one is openly branding and stocking themselves in ret­ail outlets. Most begin with rational (or rationalised) approaches. But then the thunderbolt strikes. Some become rockstars, where rationality ceases to making sense, like a viral meme whose viral-ness defies explanation and reproducibility.

Until we accept the animal side of humanity, and that imagination establishes an irrationality that is part of the human condition, and until we outgrow our need to control and predict every phenomenon, we will never be able to handle the power of these spiritual rockstars, who themselves are clueless of the source of their power, and so very often corrupted by the agency it offers.