Mantra for VUCA markets: Adapt rather than align 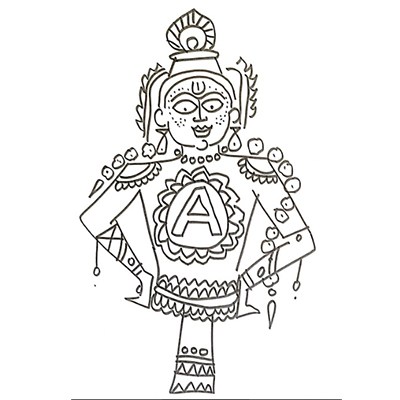 By Devdutt Pattanaik
03rd May, 2019
The Economic Times

Modern Management is not based on rationality. It is based on two mythic constructs. Both these constructs originate from the West. The first is the Biblical construct and the second is the Greek construct.

The Biblical construct is most apparent in the idea of the vision statement and the mission statement where the desire is to create a better world and get an improved life. This construct comes from the Old Testament tale of the Promised Land, to which the slaves of Egypt were taken to by the Prophet. The idea of standard operation procedures comes to us from the Commandments of God, which have to be followed. Both internal and external auditors are constantly supervising everything, to ensure that no one breaks these Commandments.

Of course, in the modern management system, the role of God is being played by the shareholders, or the regulatory authorities. The whole approach is of judgment, for one is being judged constantly at the end of the first, second, third and fourth quarter. One is awaiting the great Judgment Day when the ones playing God decide which one is going to be promoted, rewarded or fired from the organisation to the corporate equivalent of heaven or hell.

Greek mythology manifests itself when people talk of passion and motivation. Motivational speeches are constant parts of sales meets. In these meets, everybody is called to be extraordinary, do their best and achieve or even surpass their targets, but without breaking the rules of the game. One is expected to be an athlete in Olympic Games, or a superhero, much like Batman or Superman: someone who is an ordinary being, but who must become extraordinary to solve the problems of life. While the corporate world follows a structure, which comes from Biblical mythology, every individual is asked to act as a hero, sacrificing his personal life for the good of the organisation, which requires superhuman efforts. So, it is not individualism as much as martyrdom which is celebrated.

However, today, the world has become very different. Vision statements are continually collapsing as the world is rapidly changing. We are now a part of a world where there is the relentless emergence of newer technology that upsets the apple card constantly. More attention is paid to the pertinent fact that nothing is constant, all contexts are continuously changing and innovation has become the name of the game. And so organisation structures are fluid, reporting lines are not fixed, targets are constantly reassessed, and talent is always on the move.

In other words, the old management by objective has run its course, after over 100 years. It is time to redefine modern management and align it to the Indian way. The Indian way talks about management by consequence, which thrives in uncertainty and offers no guarantee.