Loss and Return in the Bible 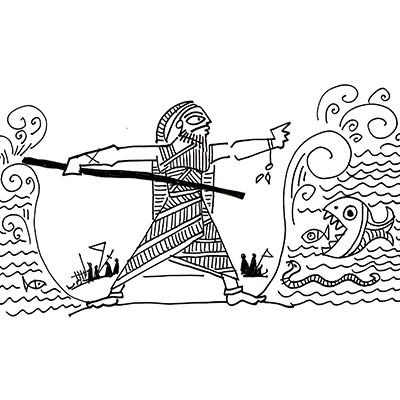 To make sense of the Bible, people must understand the structure of the Bible. The Bible presupposes that God created the world, including all the animals and plants and humans. He expected humans to live by certain rules. But, humans broke those rules. As a result, humans were cast out of Eden. Human history then becomes this quest to return to the primal Paradise or Eden. The question is how do humans do so?

The idea of the loss of Eden and regaining Eden is a recurring theme in the Bible. We are told that Canaan, or the region currently known as Israel, was the Holy Land. It was where the Jewish people once lived. This was the land where Abraham migrated long ago from Mesopotamia. He established his roots here. He dug wells in this land and his family was buried in this land. This became the sacred land of the Jewish people.

But, they lost this land during a great drought. They were forced to migrate to Egypt, where they lived happily for some time, until they were enslaved. Prophet Moses enabled them to escape the slavery in Egypt and return to Canaan. But Canaan had by then been occupied by the Philistines. After many a war, the returning Hebrews established the kingdom of Israel, under King Saul. Saul was followed by King David. David was followed by King Solomon. These were great kings. People forgot the ways of God and started worshipping false gods. This was why they lost their home once again. It was overrun by the Assyrian and the Babylonian kings. The Jews were exiled to Babylon. The temple to God built by Solomon was destroyed by the Syrians.

The Jewish people lived in Babylon in exile for a long time. This is when prophets like Ezekiel and David lived and prophesied the return and the resurrection of God’s temple. This return to Jerusalem and the rebuilding of the temple happened a century later, thanks to the Persian kings.

This idea of the loss of the homeland and a return to it, recurs in Islamic literature. Here, we find Prophet Muhammad being forced to leave the Holy City of Mecca. This was due to the fact that his monotheistic ideas are challenged by the pagan and polytheistic elite. After many a war, he returned triumphantly to the city of Mecca, almost as if Adam was returning back to Eden.

Thus, we find this idea, of the loss of homeland and a return to this place of primal joy, forming the basic structure of biblical narratives.