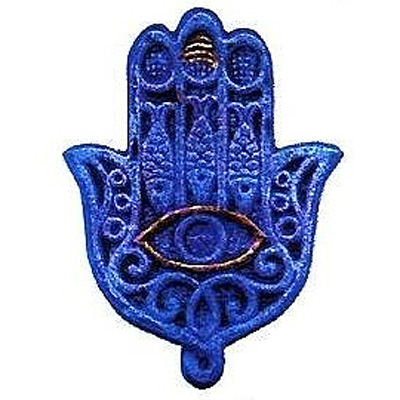 Of the five tenets of Islam, there is one that forces the believer to take cognizance of others around him. The first tenet is about the faith one must have — faith in one God and his final prophet, Muhammad. The second is about prayer — five times every day. The third is about annual fasting — in the month of Ramzan when the word of God was revealed through the archangel Gabriel. The fourth is about a journey that must take place once in a lifetime — to the holy city of Mecca. The fifth one is of charity — keeping aside a portion of one’s earnings for the benefit of others.

The other four tenets can be practiced without acknowledging the other — one can believe, pray, fast and travel solitarily if one is determined to do so. But one cannot be charitable without considering others. Unless there is someone who can and will receive the charity, one cannot be charitable. Thus through the tenet of charity the individual is forced to care for the community. He is forced to look beyond his own interests at the needs of others.

This tenet is significant in the context of when it was first preached and to whom. The Arabs in the 7th century AD, and that includes Muhammad himself, before he became the prophet, were mostly traders. Through Arabia the wealth of India and China reached Europe, since the Persian Empire had blocked all overland trade routes to Rome. The Arabs benefited greatly from this embargo. It was a boom time in the deserts, long before oil was discovered, long before Europeans found the sea routes to Asia, long before Islam was revealed to man. Islam transformed these hard-nosed traders. It forced them to look inwards and align themselves with the divine. More importantly, through the tenet of charity, it forced them to look beyond transactions, beyond their topline and bottomline, at the world around them.

Increasingly, companies are trying to become more socially responsible — they are trying to look beyond their wallets. Its most recent manifestation is Corporate Social Responsibility (CSR). But these exercises seem more like exercises to ‘look good’ and are often at odds with the organizational desire to ‘win at any cost in the market place’. At least, Jayant feels so.

Jayant works as an area manager in a company that sells computer peripherals. He spends all day pushing his team to reach the sales target. Why? “So that we can all make our bonuses,” he says. Jayant drives his team up the wall. “You are paid to sell, so sell. It’s your job.” Jayant has reduced his profession to a transaction — transaction with his company (reach target and get bonus) and with his customers (sell well because it is why what you are paid to do.) He is a thorough professional. He works with his team, draws up plans with them, reviews the plans, comes up with innovative ideas to help them overcome a sticky situation. He coaches them, counsels them, motivates them, does all that is needed to win. But he does this as part of his job. And the company is happy with him. The account book is perfectly balanced between him and the organization on one hand and him and the customer on the other.

Now his company has got onto the Corporate Social Responsibility bandwagon. He is being asked to give a day’s salary or an equal amount of time to a set of NGOs that the organization wants to help. He heard the MD say that the company will give away in charity an amount equal to the amount collected from employees. Jayant does not like this emotional arm twisting into being charitable! He knows that refusal to participate in the program will not be appreciated by the organization. It may even affect his chances of promotion. He is irritated. He joined the company to make money — not to give it away. Even if it is in charity.

The attitude of charity cannot be created by an organizational directive. It needs to be kindled internally in each employee. Employees participate only because they are obliged to — not because they want to. The problem lies in trying to make charity not a ‘by product’ of business, an incidental glance at society at large. The solution lies in making charity an integral part of the business. To be truly charitable, one has to find a way where charity enables business growth, not the other way around.

In Islam economic inequality is the work of the Devil. God made all creatures equal and gave everyone equal access to the world’s resources. The Devil disrupted this equilibrium. Trade can never be enough to combat the Devil. One needs charity. One needed to go beyond transactions, and consciously and voluntarily help the other. Thus charity is very much an essential part of the process that makes one a good Muslim. Surrender to the divine is not possible without developing a charitable spirit. How can this be done in an organization? How can Jayant be charitable while doing sales? How can charity become made a tool to reach the target?

Jayant has not realized that he is already doing it. He is just not aware of it. For most of us charity is about giving money. But as the adage goes — people don’t live by bread alone. People can be charitable in many ways – with time, with attention, with simply honing the desire to care. Has Jayant paid attention to his team — has he noticed that one of his team members is not performing well because he is worried about his wife who is suffering from chronic depression? Has Jayant paid attention to his clients — has he noticed that his most important client is annoyed with a colleague but has no friend with whom he can share this with? Can Jayant be charitable to make sure that his work timings do not encroach into the personal free time of his team mates (he loves working on Sunday, his team does not)? Can Jayant be charitable enough to help his boss do whatever it takes to get the next promotion? When Jayant does all this he builds emotional equity which lubricates all transactions and helps business grow. When Jayant does it as a habit, charity gets embedded into his life and into the organizational culture. Then the organization does not have to ask Jayant to participate in CSR. He will do so voluntarily. CSR stops being an antidote of corporate guilt; it becomes the core of profitable behavior.