Lesson for corporate world from Chanakya about talented enemies 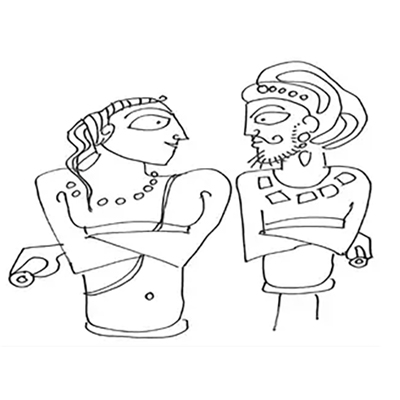 The story of Rakshas (name of man, not to be confused with mythological demons) comes to us from a Sanskrit play called Mudrarakshas, which is roughly 1,500 years old. It is based on events that took place in India, 2300 years ago. Legend has it that when Alexander marched from Persia and attacked India, intending to conquer the subcontinent, a brahmin called Chanakya approached King Nanda of Magadha, to raise an army against the Greek warlord.

Nanda, however, insulted him, and Chanakya swore to create a new king who would not only defend the sub-continent, but also replace Nanda. Thus, he found and raised the perfect king, in the form of Chandragupta Maurya. Chanakya’s treatise on politics and economics known as ‘Artha Shastra’ has reached legendary status since then.

The play Mudrarakshas informs us that Chandragupta succeeded in defeating Nanda with the help of another king called Malyaketu. Malyaketu, however, is not a trustworthy ally. He recruits a man called Rakshas, the prime minister of Nanda, and together they plot to overthrow Chandragupta Maurya. Malyaketu does this out of ambition, while Rakshas does this, because he wants to punish the killer of his former master.

Chanakya recognizes the qualities of Rakshas and feels that this man should be the prime minister of the new kingdom of Magadha. He does everything in his power to kill Malyaketu and uses various tricks to get Rakshas to agree to become the prime minister of Magadha. He realises that bribery or force will not work, and therefore, he uses trickery, manipulation and coercion to get Rakshasa to agree.

We do not know if this story is historical, hence the word legend. We do know that historically, there was a king called Chandragupta Maurya, there was a Mauryan empire, and there was Alexander’s invasion of India, but the historical existence of Chanakya has been doubted by scholars, as well as the existence of Rakshas. The word ‘mudra’ in the title of the play refers to the signet ring of Rakshas, which is used to isolate him until he is forced to become Chandragupta’s ally. But it is the historicity that matters. What matters here is the idea that is attributed to the master of ancient Indian politics – Chanakya.

Here, Chanakya is not looking at Rakshas as the enemy. He looks at Rakshas as a potential ally, a collaborator, a possible partner in the rebuilding of the country and the economy. This shows Chanakya’s genius

In today’s world, we often talk about Chanakya as a shrewd, master statesman, manipulator, and strategist, who is able to overthrow the enemy. What we don’t talk about is Chanakya’s ability to rise above petty enmity and see talent in the enemy camp, like in the case of Rakshas.

When we look at the modern corporate world, we often see CEOs prefer loyal people working with them. We see rivalry in camps in the corporate world and when one camp wins, the other camp is forced to resign or is gently sidelined out of the organization. However, if we really valued Chanakya over and above his strategies to defeat the enemy, and also accepted Chanakya’s ability not to bear grudges and use talent from every camp, we could create a great organization.

Often, leaders have to accept that everybody loyal to them does not have talent, and everybody who opposes them is not talentless. A ‘Rakshas’ embodies the person who you do not particularly like, and who is perhaps your enemy or rival, but is supremely talented. Therefore, through his dissenting voice, through his disapproval, he perhaps helps you ground yourself and not get inflated with positions of power.

I think this part of Chanakya’s life needs to be highlighted in current times, where we are too busy wanting to destroy enemies, rather than recruiting talented enemies. There is a need to rise above the concept of enemy, for the larger good of society and industry.