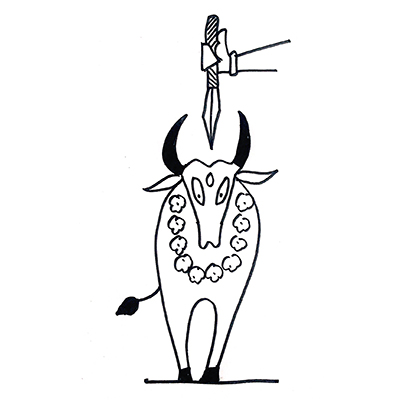 The authorities in Denmark have reportedly banned production of kosher and halal meat in their country. Eating kosher meat is part of Jewish religious tradition while halal meat is part of Islamic religious tradition. To prepare these meats the animal has to be slowly bled to death. Otherwise, in modern slaughterhouses, the animal is stunned to minimise its pain and discomfort. The Danish authorities argue they value animal rights over religious rights and felt animals should be treated more humanely. Predictably, they have been accused of Anti-Semitism and Islamophobia, born of Christian as well as secular discourse.

It is common to use science and rationality to attack and destroy religious practices. For example, to destroy a tribal culture all one needs to argue is that modern intervention is necessary to reduce maternal and infant mortality rates. Before you know it, authorities will start educating the tribal children, and providing them jobs so that they can pay for medical facilities, all in the name of development. Tribal practices will as a result be abandoned, relegated to the museum or displayed only for benefit of tourist entertainment.

Closer home, you will notice how ‘rational nutritional advise’ is typically against all traditional Indian cuisine: “Frying is bad.” “Spices are bad.” “Olive oil is good but ghee is horrible.” This strategy of scientists was adopted first by Roman conquerors to civilise barbarian tribes and later by Christian missionaries against what they considered to be false religions. Clearly science is turning out to be a social force, much like a military force, a market force or a religious force, that is bound to upset many.

Will the Danish authorities be willing to ban eating meat altogether as many animal rights activists would like? That would not get them votes but this act would. For it indicates the authorities are willing to stand up to Muslims and Jews. This act is like a Trojan horse. Seemingly scientific, rational and humane, it masks the insidious rise of Right-wing rage against immigrant populations, especially Muslims, and as well as Left-wing hatred against Jewish bankers who control much of the world’s economy.

We forget that humans are not rational creatures. Ritual practices play a key role in coping with existential fear. Eating is a ritual practice. Food is not just about nutrition; it is also about identity, as any anthropologist will confirm. What we eat and how we eat it defines who we are. Not eating pork, for example, helps distinguish Muslims and Jews. Not eating beef helps distinguish Hindus. Not eating fish on particular days identifies many Christian sects. In India, forced ban on beef by pro-Hindu parties has annoyed many in Christian, Muslim and tribal communities.

Identity is never rational. Authorities may feel self-righteous. But such interventions on food practices do stir emotions. Tensions are bound to rise.