Itihasa is not fantasy 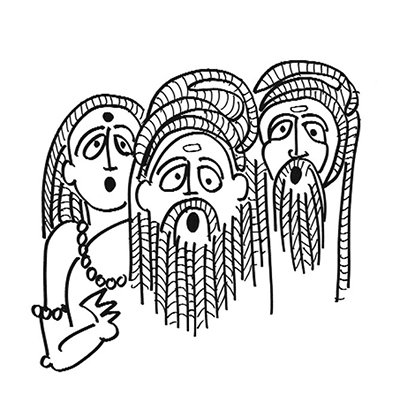 Itihasa is not fantasy; it is not history either at least not in Sanskrit. Sanskrit words and Hindi words may sound the same but do not always have the same meaning. Nyaya, for example, in Sanskrit means ‘method of rational reasoning’ and refers to a philosophical school of thought (darshana), while in Hindi it means ‘justice’.

In Sanskrit, itihasa means cultural memoir, and refers to the epics Ramayana and Mahabharata that connect Ram and Krishna to Vishnu, who is bhagavan, which is the closest Hindu equivalent to the English concept of God. By contrast, in Hindi, itihasa means history, a subject that considers Ramayana and Mahabharata as Sanskrit literary works, not more than 2,500 years old, composed using Panini grammar, retelling ancient orally transmitted tales, which contain cultural frameworks, such as the concepts of karma, dharma, atma and avatara.

Differentiating between the two is difficult for extremists, on the Right and the Left. Both Left and Right Wing extremists (which includes many spiritual gurus who have not updated their knowledge) insist myth is fantasy and value only history. What they differ is on what constitutes history. For the Right, Ram and Krishna is history; for the Left, they are not.

The Right gets very upset when the Left views Jesus and Muhammad as historical figures. What both fail to realise is that Christianity follows Jesus ‘Christ’ and Islam follows ‘Prophet’ Muhammad, and both Christ (Chosen by God) and Prophet (Messenger of God) are mythological concepts, not historical ones.

Both Left and Right subscribe to the simplistic 19th century framework, when even scientists equated myth with history or fantasy. In those early days of scientific study of human past, God was seen as a historical character. Today, atheists, and immature historians, consider that fantasy. Mature historians realise these figures are myth, though the preferred word in academia seems to be “cultural imaginary”.

Of course, extremists will not change their minds as their identity is anchored in 19th century binaries. Only the rest, who have no investment in radical thought, can appreciate how myth (somebody’s truth) comes to be located between history (everybody’s truth) and fantasy (nobody’s truth).

When words like ‘hero’ and ‘villain’ and ‘martyr’ are used in history, it means history is being turned into mythology, for hero and villains and martyrs exist only in belief, not in reality.

Sanskrit cultural memoirs, and their numerous textual, theatrical, artistic and oral retellings in various regional tongues over the last few centuries, gives us a map into the culture’s mind over time and space. And, that is a wonderful thing.