Is Yoga about achievement or awareness? 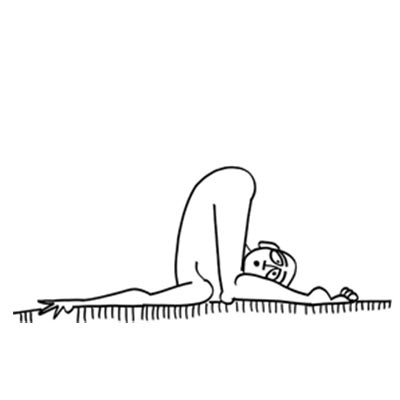 One of the key differences that one finds between the yoga that is popular in the West and that which is taught by traditionally trained Indian gurus of India is the idea of achievement. In the West, yoga is marketed as an achievement: the achievement of a particular body posture and a body type, which demands constant measurement and monitoring. But the traditional yoga guru is not interested in achievement. He is more interested in awareness, in using the body, the breath and the mind as tools to make one’s self aware of not just the body, breath and mind, but things within and without. Achievement versus awareness is the fundamental difference between western and Indian thought.

When we use the word western, what do we actually mean? We mean management of the body using Greek principles. In Greek mythology, people are always shown as athletic.

The Olympic games come to us from Greek Mythology and they were organised when great heroes died. Athletics played a very important role. Gods, like Apollo and Artemis, and heroes, like Atlanta, are celebrated for their racing abilities and the typical Greek body­type, which is highly muscular. These stories are about achievement. The victor was crowned with a laurel wreath, because there was an association of the surge of adrenaline, exhilaration and triumph with the ambrosia of the gods. It was the moment when one connected with the divine. Hence, the Greek heroes were constantly focused on aggressive achievement. Now, add to this a scientific or business element and you will find people focusing on the measuring and monitoring the achievement of a target. One is pushed by one’s coach and cheerleaders to do better and better.

There is both reward and benefit and one sees this in athletic traditions; but now it has percolated into Yoga traditions, where one is continuously being cheered to achieve a particular posture, a particular number or to tone your body to a particular goal. It becomes all about the objective. This is very different from the traditional model where yoga was primarily a tool to make one self­aware.

As per scientific research, the human body is bombarded with various forms of stimuli. The human consciousness restricts the number of stimuli that one analyses in order to prevent the mind from going into overdrive by the onslaught. This process of constricting of the consciousness is seen as knotting, crumpling or rippling of the consciousness, in Hindu traditions. Knotting, crumpling and rippling is accelerated in humans due to imagination – imagined hungers and fears.

The purpose of yoga is to unravel, unkot and uncrumple it. This leads to the expansion of the consciousness that makes us increasingly aware. Yoga is the technique used for this unravelling. Observation and awareness play a very critical role in the practice of Yoga.

It is not achieving the pose but focusing on what the muscle does. Is it contracted, is it relaxed, is it in the right position? We are focusing on the coordination of the breath, the mind and the muscle and observing the connections of how the movement of the hips affects breathing. How the movement of an ankle affects posture. How the movement of a limb changes the way we sit. Thus, the more aware one is the more one understands. This impacts how one perceives the world, makes decisions and disciplines one’s self. The world here is both the outer and inner. Our awareness of who we are impacts our relationships.

Thus there is no real separation between the eight limbs of Yoga, be it Yama, Niyama, Asana, Pranayama, Pratyahara, Dharana, Dhyana or Samadhi. Each one impacts the other. Everything happens simultaneously. Just as one mixes all the masalas and gets the curry, one cannot distinguish the individual elements, but can enjoy the combined flavour of the mix. The western model is focused on dissecting each segment and is now unable to make the fluid telescoping and mixing which is the essence of Indian thought. The point is fluidity and not fixity, awareness and not achievement. There is a letting go of desire to compete with the other as there is no victory to be achieved. It is only about being more aware and accepting one’s body and life for what it is rather than what we want it to be. It is about correcting the imbalance and seeing the unseen tensions. It is a very nonviolent approach to life, which has often been forgotten by the new corporate generation – a generation constantly trying to achieve its target, if not in the office, then in the gym. Such aggressive focus on goals makes us forget consequences of our decisions, at work, in life, and on the environment.