Is there China without Great Chinese Firewall? 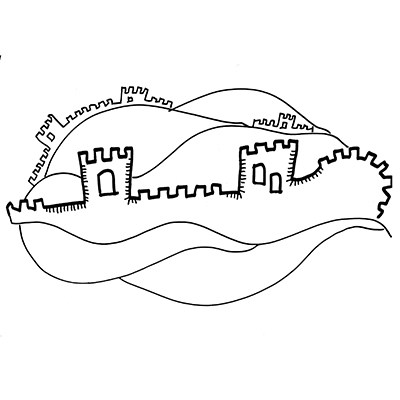 One realises its significance when one looks at the Indian currency note which lists many languages and many scripts of the land. And herein lies the major issue with India and its democracy. While America is trying to homogenise immigrants from all over the world and trying to blend them into a single entity where everyone speaks English, China has been doing the same for several thousand years with a single script. Homogenous ecosystems value equality and a homogenous system tends to be highly efficient.

To give a simple example, the worship of Krishna across India is very different. In the Gangetic plain Krishna is worshiped with Radha but this is not the case in Assam. You don’t find images of Radha in the temples Pandharpur in Maharashtra or Guruvayur in Kerala or in Jagannath, Puri. The Hinduism in Odhisa is very different from Hinduism in Karnataka. Local beliefs and customs of Tamilians around Murugan makes little or no sense to north Indian Hindus. We would like to believe that there is a homogeneity that binds India but it doesn’t work.

When social justice warriors continuously talk of Dalit issues or of minority issues, homogeneity is lost in the pursuit of appeasing and helping the minorities. Likewise, when too much attention is paid to the majority then majoritarianism impedes our desire to homogenise. This happens not just on religious grounds but also on linguistics grounds. Imposing Hindi across India upsets people as does imposing English. There exists many overlapping diverse and dynamic Indias.

Today we have the Great Chinese Firewall which keeps the world out and so its people are not familiar with Google or Facebook or Twitter. A tourist guide told me how Chinese travellers in India could not appreciate Muslims doing namaz in a corner of an airport. They had never seen people praying in this way in their entire life. Even though there is a vast Muslim population in China, they had not been exposed to it. They know something about Buddhism but hardly anything about Hinduism. Their knowledge of India was restricted to caste and Gandhi.

I guess one can say the same thing about Indians whose knowledge of China is restricted to Chinese food. But India’s ignorance about China is not based on a state-­sponsored, digital isolation. So yes, we know that China wants to be a world leader. But that demands it needs to learn how to handle difference. Can it embrace other languages and scripts? Can it break its firewall? Can it function without central command? Can it handle the Indian head-shake? Can it handle rigid monotheism of Islamists? Will it allow for individualism and liberalism to thrive amongst Chinese youth? The road (OBOR, one belt, one road) it is building may succeed at a material level. But will it, like the ancient Silk Roads, allow for transfer of ideas, both ways? Unless China can answer these questions truthfully, its ambition to be world leader will face its own Great Wall.