Is post-truth same as myth? 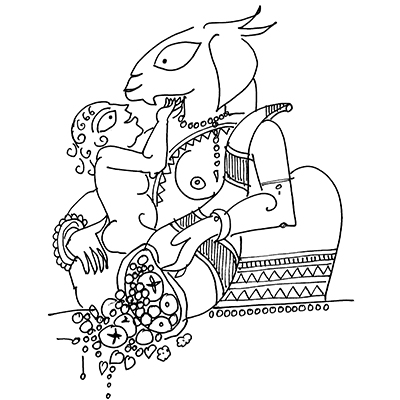 For Europeans and Americans, Middle East is considered the Orient – part of the East. However, from a mythological point of view, Middle East, where Islam dominates, is part of the West, for it is rooted in monotheism just like Christian Europe and America. Even atheist, secular, scientific West that believes in liberal democracy follows the same paradigm. They don’t believe in one God. But they do believe in one truth, and mock alternative narratives of the world as “post-truth”. In fact, the way Western intellectuals use the word “post-truth” contemptuously is exactly the way colonisers and missionaries used the word “myth” in the 19th century to dismiss those they wished to conquer.

Western myth, or the dominant worldview that shapes the long history of the West, remains singular and linear. We live only once. This one life has a destination. For the Greeks and Romans, it was Elysium, heaven of heroes. For the Christians and Muslims, it was God’s Heaven. For the Communist, it is the end of private property. For the Humanist, it is the implementation of Universal Human Rights. For the folklorist, it is the Happily Ever After.

This linear structure is unknown in Indian mythologies. Indian myth, that forms the foundation of Buddhism, Jainism and Hinduism, has one thing in common: it subscribes to the idea of rebirth; this life is but one of many lives. There is no destination. Here God is no rule-maker or judge. Here there are many heavens and many hells. There is no conclusion. If there has to be a “goal” then it is oblivion of the self: (nirvana) for the Buddhists, universal wisdom (kaivalya) for the Jains, and immersion into the infinite cosmic divine (moksha) for the Hindus.

Colonisers rejected the Indic worldview as falsehood. That is what they meant when they used the word “myth” in the 19th century. Even in postcolonial and postmodern times, the Indic worldview remains neglected, as do worldviews of the Chinese, and of indigenous tribes around the world. Science as well as the humanities may have abandoned irrational idea of gods, but they continue to subscribe to the Western mythic structure of singularity, linearity and goal-based existence, which is assumed to be rational and true. Herein lies the irony.

It is the nature of Western myth, because of its singular and linear nature, to be combative. Hence, the obsession with one truth, and with “argument” and “skepticism” as the only tools to understand the world. The West today privileges the intellectual, who it assumes is “rational”. It assumes everyone, being equal, can eventually become, or at least submit, to the intellectual. It is blind to the idea of diversity, that not everyone is intellectual, or can argue their point across, and so feel gagged by intellectual superiority, responding the only way they know how to – through violence. This pushback is revealed through the rage in social media and the rise of patriarch-goon leaders, who reject all notions of universalism and equality, and favour their particular voter-tribe. From the Western worldview, this becomes failure of objective. But from the Indic worldview, this is part of the timeless Western cycle of submission and resistance. It has happened before. It will happen again.